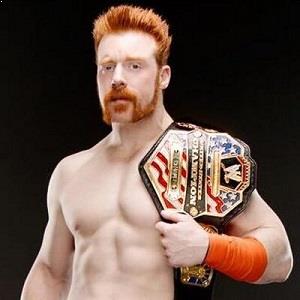 There was a time when people were like, 'Oh my God, Sheamus' character is boring.' Well, when you're just in wrestling matches all the time, and you're not doing character stuff, then it can be a bit monotonous

It's really a dream come true being a WWE Superstar and being in 'Teenage Mutant Ninja Turtles.' These are just larger-than-life franchises and great to be a part of

I'd love to play Venom. I'm a huge 'Spider-Man' fan, and Venom was the character that drew me into the comics.

Although a famous personality, most of the information relating to the personal life of Stephen Farrelly (Sheamus) is not available. There are no records of the relationship affairs that he has been part of except one which is a previous relationship he had with Jessica Giles of different profession. There is no further information on this relationship. He has no children from any of his relationships and is currently believed to be single.

Sheamus was born in Clonsilla, Dublin, Ireland on January 28, 1978, and was raised in the city. He is from Ireland and belongs to Irish ethnic background.

Sheamus attended Scoil Caoimhin Primary and Coláiste Mhuire Secondary School, a Gaelscoil. At his time at school, he sang in the Palestrina Choir until the age of 13 and during this time, he appeared on the ‘Late Late Show and Live at Three’. He also played Gaelic football for the Erin’s Isle team where once he was proclaimed sports star of the month.  He played rugby for the National College of Ireland where he gained a National Diploma.

Sheamus initially worked as a former IT technician and also as a security for a nightclub, which led to him to occasionally working as a bodyguard for Bono and Larry Mullen, Jr. of U2.  On the advice of Bret Hart, he began training in Larry Sharpe’s Monster Factory wrestling school in April 2002 and six weeks later he officially debuted as a fan favorite under the name Sheamus O’Shaunessy against Robert Pigeon.

The current salary that this famous Irish wrestler makes is $1.3 million annually and the estimated amount of his net worth is $ 7 million.

Sheamus has a relatively tall height of 6 feet 4 inches (1.93 m).  He weighs 267 lb (121 kg.  Additionally, he has a unique look & hairstyles. His hair color is red, quite different from other wrestlers and his eye color is blue.

Football career turned to professional wrestler!! We are talking about the hot Roman Reign who is happily married to his wife, Galina Becker and blessed with a daughter