Sheila Lussier is an actress and model mostly known as a waitress in General Hospital. 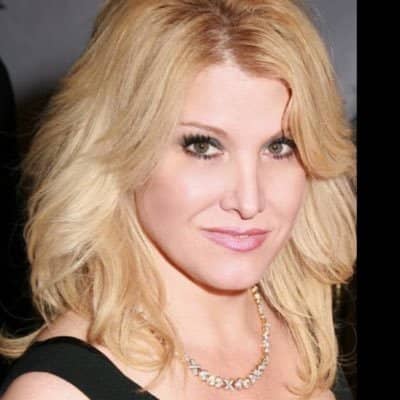 Sheila Lussier is currently divorced and is possibly single. Her current boyfriend’s details are not disclosed.

Previously, she was married to Marc Greenwood on 27 Aug 1989. Her ex-husband is a drummer and their divorce was finalized on 13 Oct 1999.

Together this ex-couple has two children. Their daughters’ name is Victoria Anne Greenwood (b. 1990) and Kacey Lee Greenwood.

Shelia was in a romantic affair with an actor, Jani Lane. They started to date in the year 2005 and broke up in 2008.

But her first love was the son of a singer, Kenny Rogers Jr. Their affair details are not disclosed but they together have a son, Keaton Rogers who is a singer/actor.

Who is Sheila Lussier?

Sheila Lussier is an American actress and model. She is mostly known for appearing as a waitress in General Hospital.

Plus, she also wrote, produced, and directed a documentary titled Life on the Road with Mr. and Mrs. Brown (2009).

She was born as Sheila Anne Lussier on 17 Nov 1966 in La Mesa, California, USA. The name of her father was Richard Edward Lussier and her mother’s name was Linda Jean Donoho.

Sheila’s ancestry is Caucasian and has five siblings. Her brothers are Christopher and Timmy and her sisters are Sister Annick, Sherri, and Vanessa.

Talking about her academics, she has attended Granite Hills High School. She also went to The Fashion Institute of Design and Merchandising for classes.

Sheila Lussier started her modeling career in high school She was first seen in 1985 in My Man Adam as a cheerleader. Her brief roles in TV series are 1st & Ten, Haywire, Matlock, Port Charles, and more.

But she was mostly seen in a TV show titled General Hospital in 1999. In this show, she was a waitress for around nine episodes. Her other screen projects are,

At present, her estimated net worth is around 5ooK dollars. However, her salary and other earnings are unknown.

This actress/model is keeping herself away from rumors at present.

Regarding Sheila Lussier’s body features, her height is 5 ft 7 inches and her body weight is 58 kg. Moreover, her eyes are green with blonde hair.

Sheila is active on social networking sites. Her Facebook and Twitter accounts are followed by more than 1.2k and 1.1k people respectively.

Moreover, her Instagram is followed by more than 1.2k followers.