Shelby Blackstock is an American racer and takes part in national championships. Shelby is the son of Reba McEntire and Narvel Blackstock. Reba is a very successful American woman. 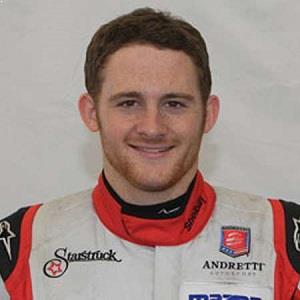 Shelby Blackstock is in a relationship. He is having an affair with Marissa Branch. He seldom speaks about his relationship but it is clear that he is very much in love with Marissa. He keeps posting their pictures on his social media handle.

His girlfriend and his mother, Reba McEntire are very close to each other as well.

Who is Shelby Blackstock?

He is also recognized as the son of country music singer Reba McEntire, mother and her ex-husband Narvel Blackstock, father.

Shelby was born in Nashville, Tennessee on February 23, 1990, as Shelby Steven McEntire Blackstock to parents Reba McEntire and Narvel Blackstock.

He is of mixed (English- Scots- Irish- German) heritage.

He has an older half-brother, Brandon Blackstock who is married to singer Kelly Clarkson. Additionally, he also has two older half-sisters, Shawna and Chassidy.

Shelby became interested in the world of racing since his childhood years.

Shelby attended Bob Bondurant race school. Later, he dropped out of college and decided to pursue a racing career full-time.

Initially, Shelby made his first significant appearance in Skip Barber competition in 2010 and 2011.

Later, in 011 he made his professional debut driving a Ford Mustang in the Continental Tire SportsCar Challenge. In addition, he also finished fifth in the 2011 Skip Barber National Championship.

In 2012, Shelby moved to the U.S. F2000 National Championship with Andretti Autosport. He finished eighth in points with a best finish of fourth at Road America.

Furthermore, he moved up with Andretti Autosport to the Pro Mazda Championship in 2013 and eventually finished third in points and captured a win at Canadian Tire Motorsports Park among six podium finishes in 16 races.

Shelby signed to race for Andretti Autosport in the Indy Lights series in 2015.

However, he has an estimated net worth of around $ 8 million.

Shelby and Ashley Freiberg’s win in Daytona were termed controversial by the critics.

Shelby has a height of 5 feet 10 inches and weighs 155 lbs. His hair color is dark brown and eye color is light brown.

Know about the two most important women of the life of Shelby Blackstock; His mom Reba McEntire and his girlfriend Marissa Branch