Sheldon and Candace have a daughter, Lailaa Nicole Williams.

In April 2018, Shelden and Candace officially divorced, and after completing legal formalities to share custody of their daughter, educational and medical costs, they wrapped up their divorce. 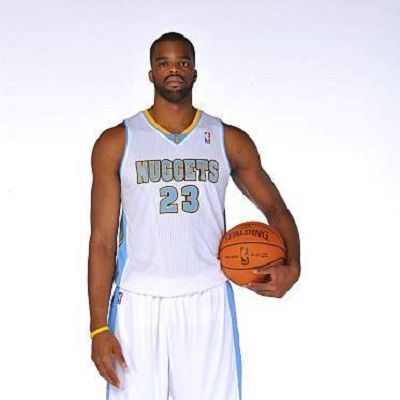 “I had the chance to give out the #cannedfood from the food drive today. Had a great time and met some good people.”

“It is good to talk basketball and life with kids from Richmond School District.”

Hello Atlanta! I am having a FREE basketball clinic at KIPP Atlanta Collegiate High School this Sunday Dec 1 from 11-4! Boys and Girls 6th-10th! There will be free lunch as well! So come out and enjoy this free basketball clinic! Looking forward to seeing you there! @thesheldenwilliamsfoundation @theplaybookagency #SWFoundation #kippcollegiatehighschool #basketballclinic #payitforwardc”

“I want to say thank you to all that came out and supported my free basketball clinic today!!! We had a blast! Thanks to all of our sponsors @krispykreme for the doughnuts, orange juice and bananas.”

“Got to help with MLK Day of Service Community Cleanup in South Fulton. #mlkday.”

“Just finished up helping wrap presents for Reaching Out 4 You. I am sorry in advance boys and girls that are going to receive them lol. I am not a good Christmas wrapper lol. @nbacares @cpskyhawks.”

Who is Shelden DeMar Williams?

Shelden DeMar Williams is a legendary Gold Medalist in American professional basketball. Sheldon Williams is the pride of Duke University in Durham. He works as the assistant coach for College Park Skyhawks, NBA G League, Georgia, United States of America.

Sheldon the Philanthropist is also the founder of ‘Shelden Williams Foundation’. This foundation inspires upcoming basketball players to remember the kindness of strangers and pay it forward as a team. Its various social support programs, charity work and community drives empowers student-athletes, their families, and communities in Oklahoma, Atlanta, Durham and its suburbs.

DeMar completed High School in 2002 from Midwest City High in Midwest City, Oklahoma. Along with his education he played basketball and ranked one of the highest scores during his stay at Midwest High.

Thereafter from 2002 until 2006, DeMar studied at Duke University, Durham, North Carolina, US. He majored in Sociology, with a certificate in Markets and Management. Furthermore, he played sophomore basketball during his varsity days at Duke and won awards, recognition and accolades for himself and his team.

In the 2006 NBA Draft, the Hawks selected Shelden as the fifth pick after which his career in basketball took wings. Thereafter on February 16, 2008, Williams was involved in a multi-player trade to the Sacramento Kings for Mike Bibby. He played the NBA Leagues until 2012, and took the opportunity of his life to play in Europe and Asia.

On 28 August 2012, Shelden signed a one-year contract with the French League champions Élan Chalon, on Chalon-sur-Saône, in France, Europe. Out of the 10 games in the 2012–13 Euro-league season Shelden averaged 11.3 points and 7.6 rebounds per game.

Thereafter in October 2013, Williams signed with Tianjin Ronggang- The Tianjin Gold Lions, in Tianjin of China. Here too, he won the odds and came back home a champion.

Williams plays the aggressive power forward and center. Additionally, his shot-blocks earned him the nick ‘The Landlord’. He emerged as one of the top players in the ACC. When DeMar plays, he dominates both ends of the court for long stretches at a time.

Since 2018, Shelden coaches the Erie BayHawks and has also worked at College Park Skyhawks as the Assistant Coach.

Shelden is the recipient of two Gold Medals- for the 2005 Izmir Team Competition, Summer Universiade, and the Men’s Basketball Team that represented the United States of America.

Sheldon is the Founder of the Sheldon Williams Foundation. It supports charity drives in Oklahoma, Atlanta, and Durham.

The Foundation empowers student-athletes and their families by delivering and supporting initiatives that promote emotional and physical health through sports, education, and community involvement.

He is a member of the National Honor Society and Fellowship of Christian Athletes in High School.

Shelden has not gotten embroiled in any major controversy or rumors.

He has black hair and eyes. His Height is 6 feet 9 inches and his weight is 113 kg. Shelden’s Basketball Player Stats are given below.