Shelley Duvall is an American former actress, singer, writer, and producer. People mostly recognize her for her roles in movies including ‘Thieves Like Us’, ‘McCabe & Mrs. Miller’, ‘3 Women’, and ‘The Shining’ among others. At present, she is believed to be single.

Shelley Duvall was initially in a relationship with Bernard Sampson. They were later married for 3 years. The pair married on 7th July 1970 and divorced in 1977.

From 1976 to 1978, she dated American Singer Paul Simon. Additionally, she was also in a relationship with British Musician Ringo Starr.

In 1978, Duvall had a fling with American Actor Patrick Reynolds. From February 1980 to 1986, she was in a relationship with Stanley Wilson. She dated American Screenwriter Dan Gilroy in 1990. 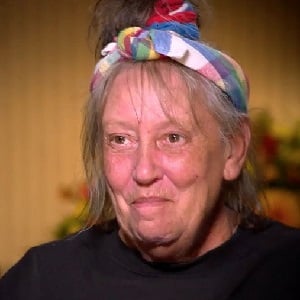 [on Stanley Kubrick's method of shooting multiple takes of every scene] Have you seen the film Groundhog Day (1993)? Well, that's what it was like.

The trick to acting is not to be afraid. If you're not afraid of making mistakes, you usually don't make them.

Don't let any setback defeat you. The world doesn't end just because one thing goes wrong.

Life is all about movement, and when you stop moving, you're dead! That's my big philosophy -- it's all about motion. Life can change in the blinking of an eye, so you just have to appreciate every minute and keep going.

Acting isn't difficult. You just do it. Everybody in life acts anyhow, President Nixon, The Pope, even John Lennon.

Who is Shelley Duvall?

Shelley Duvall is an American former actress, singer, writer, and producer. People mostly recognize her for her roles in movies including ‘Thieves Like Us’, ‘McCabe & Mrs. Miller’, ‘3 Women’, and ‘The Shining’ among others.

Duvall was born in Houston, Texas on July 7, 1949. She was born to parents Bobbie Ruth Crawford and Robert Richardson “Bobby” Duvall.

Additionally, she has three brothers: Scott, Shane, and Stewart. She became interested in the world of acting in her childhood years.

She is of American nationality. Furthermore, she belongs to a mixed ethnic background of English, German, Scots-Irish/Northern Irish, Welsh, and French.

Talking about her education, Duvall attended South Texas Junior College. In addition, she majored in nutrition and diet therapy.

Shelley Duvall initially made her screen debut with a small role in the 1970 film ‘Brewster McCloud’. Additionally, in 1971, she starred in the ‘McCabe & Mrs. Miller as Ida Coyle. Later in 1973, she appeared in the TV series ‘Cannon’.

In addition, in 1973, Duvall had a role in ‘Love, American Style’. Since then, she has appeared in numerous other movies and television series. All in all, she has 50 credits as an actress.

Some other movies and television series that Duvall has appeared in are ‘Manna from Heaven’, ‘Dreams in the Attic’, ‘Boltneck’, ‘The 4th Floor’, ‘The Hughleys’, ‘Maggie Winters’, ‘Home Fries’, ‘Tale of the Mummy’, ‘The Adventures of Shirley Holmes’, ‘The Player’, ‘Alone’, ‘Wishbone’, ‘Aaahh!!! Real Monsters’, among others.

In addition, she has won the ACE Award numerous times. All in all, she has 12 wins and 14 nominations to her name to date.

Duvall has not revealed her current salary. However, she has an estimated net worth of around $500k as of 2022.

Duvall’s ‘Dr. Phil’s interview was controversial as throughout the interview, she made outrageous comments and remarks which suggested that her mental state might not be stable.

Furthermore, Dr. Phil was criticized for exploiting Duvall’s mental illness. At present, there are no rumors concerning Duvall and her career.

Talking about her body measurement, Shelley Duvall has a height of 5 feet 8 inches (1.73 m). Additionally, she weighs around 53 kg.