Shelley Hack is an American actress, model, producer, and political and media advisor. She has been married to Harry Winer and is the mother of one kid.

Shelley Hack is a married woman. She has been married to Harry Winer since 1990 who is an American film and television director. The couple has welcomed a daughter named Devon Rose Winer on November 19, 1990. The couple is living together and they are sharing quality time with each other. 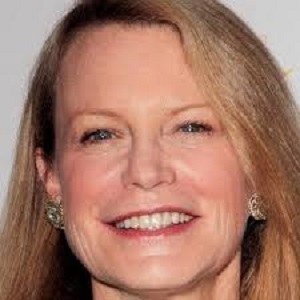 Who is Shelley Hack?

Shelley Hack is an American actress, model, producer, and political and media advisor. She is popular for her role as Tiffany Welles in Season 4 of the ABC television drama ‘Charlie’s Angels’. She is also known as the face of Revlon’s ‘Charlie perfume from the mid-1970s until the early 1980s.

She was born on July 6, 1947, in Greenwich, Connecticut, USA. Her birth name is Shelley Marie hack and she is currently 73 years old. Her mother’s name is Patricia Hack. Shelley’s mother was a former cover model and her father was a Wall Street and she is the eldest of six children.

Shelley holds American citizenship but her ethnicity is unknown.

She did her schooling from Greenwich Academy and progressed to Smith College where she graduated with a bachelor of arts in history and made her way towards New York.

Before acting, she began her career as a teen fashion model. She became the face of Revlon’s ‘Charlie’ perfume from the 1970s to 1980s. She was ranked among a handful of the 1970s supermodels.

Shelley debuted her film career from ‘Charle’s Angels’ in which she played a variety of supporting roles. She is the only one who has not had a failed marriage of the six Angels of ‘Charle’s Angels’. She replaced Kate Jackson on the series but the series lasted only one season.  Then, she appeared in Martin Scorsese’s film ‘The King of Comedy’ in 1983.

Apart from the acting career, she is the narrator of the books ‘The Big Book for Our Planet’ and ‘Lord of Hawkfell Island’.

She was nominated for Stinker Award in the category Worst On-Screen Couple for ‘If Ever I See You Again’ in 1978.

As of 2022, she has an estimated net worth of around $20 million and she has earned that sum of money from her professional career.

The talented actress has been successful in maintaining her celebrity status and she has not been involved in any types of rumors and controversies in her career.