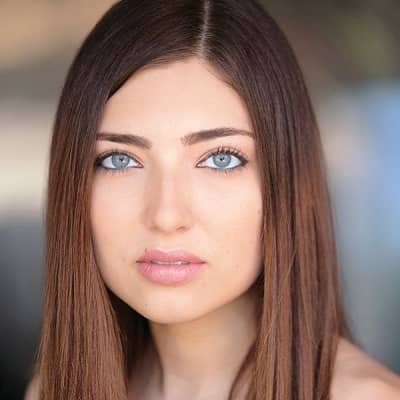 Shely Young is currently dating Charlie Mc Dermott. Charlie is one of American television and film actors. The couple started dating in 2010 and have been together for around 11 years now.

Previously, she was in relationships with Mark Hapka from 2008 to 2010.

Shely Young is an American actress who is best known for her role as Kinsey on Days of Our Lives. She is also popular for her appearance in the films Wild Child and The Social Network.

Shely was born on April 8, 1992, in Florida, United States. she holds an American nationality and is of French Dion or Guyon ethnicity.

Other information about her parents and childhood is unknown.

As Shely hasn’t much disclosed about her earlier life, there is no information about her educational background.

She was only 9 years old when she joined her career in 2001. Firstly, she played the role of Sue Ann Butler on the Showtime series Going to California. Then she was seen starring as Jennifer on Everybody Hates Chris, and from 2009 to 2011.

Her career then was flourishing while she was seen on MTV series Awkward in the year 2011. In 2006, she appeared in  Ghost Whisperer and Freddie.

As a voice actress

In the Disney Channel series Star Wars Forces of Destiny, she plays as Princess Leia Organa. Furthermore, she has her voice and motion capture for Annie in Dead Rising 3, Becca in Battlefield 1, and also as Minnie Smith/Script Supervisor in Wolfenstein II: The New Colossus.

Being one of the successful personality now, her net worth is said to be $6 million. Other information regarding her cars and salary is not available.

Young stands with a height of 5 feet 6 inches weighing 56 kg. She has colored dark brown hair and blue colored eyes.

Furthermore, She has her own YouTube channel with 1.44K subscribers.

Ashley Benson confirms her continued relationship with Cara Delevingne! There is supposedly no break-up!