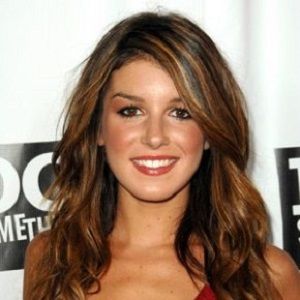 When I go outside in the morning for coffee, I'm not going to spend forty-five minutes getting ready. I just don't care

I love older lady style. They dress for themselves everyday

For me, I grew up in a house doing charity work for homeless people, and my parents had a lot of homeless friends. We were always taught to not discriminate and not judge.

What is the relationship of Shenae Grimes?

The beautiful Canadian actress Shenae Grimes is a married woman since 2013. She is married to the popular British model and musician Josh Beech.

The couple began dating each other back in March 2012. In December 2012, after nine months of dating, Grimes announced that she and Beech were engaged.

They got married on May 10, 2013, in Ashford, Kent, England. The couple has been married for four years now and their relationship is still going fine.

Before marrying Josh, she has been in relationships with Brendan Fellis and Ethan Rapport-Cole in her past.

Who is Shenae Grimes?

She is also known for her recurring role as Arden Alcott on the television series Naturally, Sadie (2005-2007).

She played Darcy Edwards on Degrassi: The Next Generation for four seasons. She also had a cameo role in the horror film Scream 4 (2011).

Shenae Grimes was born Shenae Sonya Grimes on 24 October 1989, in Toronto, Ontario, Canada. She is 31 years old. Her nationality is Canadian and she is of Irish and Italian ethnicity.

She has three siblings named Maya Grimes, Liam Grimes, and Aiden Grimes. There is no information about her parents.

She was interested in acting from an early age and she had a dream of becoming an actress since she was a child.

She interned at Toronto’s Fashion Television as part of her high school education. Grimes attended City Academy, a private school for her last two years of high school.

Grimes has been an active member of the film industry since 2004. She began acting playing the role of Darcy Edwards in the Canadian teen drama Degrassi: The Next Generation (2004-2008). In 2008, she left the series after being cast as Annie Wilson in 90210, the CW’s spin-off of Beverly Hills, 90210.

In 2009, Grimes was named one of the “World’s Most Beautiful People Without Makeup” by People Magazine. She also appeared in a music video for rock band Our Lady Peace’s single “All You Did Was Save My Life“.

In 2007, Shenae won the Gemini Award for “Best Performance in a Children’s or Youth Program or Series” for her role in Degrassi: The Next Generation.

Similarly, she was nominated for Teen Choice Award in 2010 for “Choice TV: Female Scene Stealer” for her performance in 90210.

In 2016, she appeared as Alex Allen in the TV film Date with Love and as Christine in Newlywed and Dead (2016).

Shenae Grimes has a height of 5 feet 3 inches. Her body weighs 53kg.  She has dark brown hair and light brown eyes.

Besides these, her body figure measures 23 inches for waist size, 34 inches for hip size, and 33 inches for breast size. Her bra size is 32A. Furthermore, Her shoe size is 7 US and her dress size is 2 US.

Also get to know more about the birth facts, education, career, net worth, rumors, height, and social media of different personalities like Sarah Bolger(Actress), Lesley Ann Warren, and Karen Allen.

Shenae Grimes pregnant with her 2nd child! Know about her net worth in 2021 and few quick facts