Updated On January 26, 2023 | Published By: Gracie Hale | In Career , Net Worth , Relationship
Share this 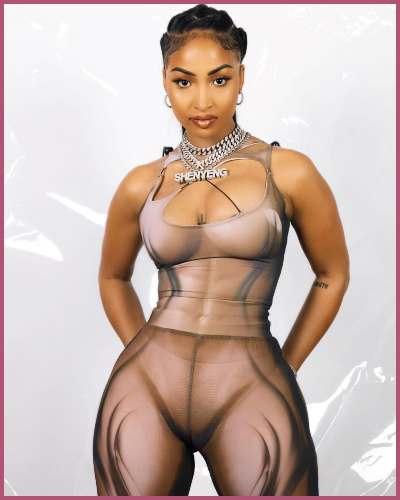 The Jamaican-born Shenseea is a well-known musical artist. She rose to fame after remixing the well-known Vybz Kartel‘s song “Loodi” and Reggae Sumfest’s stage performance in 2015.

In 2017, she took the main stage before that she performed on a side stage. The following year, she collaborate with Vybz Kartel and dropped a hot collab “Secret (Remix)” in October. Besides her singing career, she holds multiple corporate sponsorship seals with branded companies such as Telecom, Firm Flow, Boon, Pepsi-Cola JA, and more.

Shenseea celebrates her birthday on the 1st of October 1996 every year. As of now, she is 25 years old. Her birth name is Chinsea Linda Lee. She is originally from Kingston, Jamaica.

Before that, she resided with her family in Harmony Hall, St. Elizabeth until the age of 3. However, she moved back and forth between St. Elizabeth and Kingston during her primary years.

Shenseea previously worked as a promo girl. Later on, she took her career in the music industry and was signed by Lemuel Samuel’s Rockstar.

In 2016, she released her first single titled “Jiggle Jiggle”. She has teamed up with other artists like Tarrus Riley, Konshens, and Nailah Blackman. She collaborated with Jahmiel for songs such as “Reverse”, “You Lie”, and “Tell Me”.

The album peaked at No. 2 on the Billboard Reggae Albums Chart. In January, she released the song “Lick” featuring Megan Thee Stallion which was included in the debut album.

Also read “The ‘rise and further rise’ of the musical and acting career of Michael Damian!”

Mother of a child

At the age of 19, Shenseea gave birth to her son whose name is Rajeiro Lee. The father of the child is Rod according to sources. In 2020, Lee was selected by Babybop Kids Store to endorse the brand.

As of 2022, Shenseea has an estimated net worth of around $1 million. Besides music, she also earns a hefty sum from sponsorship deals.

Similarly, she has a self-titled YouTube channel from which she received an amount of $49.4k to $789.8k per year.

Shenseea is a dancehall singer, songwriter, and Deejay who is of Jamaican nationality. Shenseea is known for her hit song “Loodi” which was released in the year 2017.

She is also an Internet personality who has millions of followers on various social media platforms. Since entering the music industry in 2016, she has grabbed much attention as well as appreciation. See more… 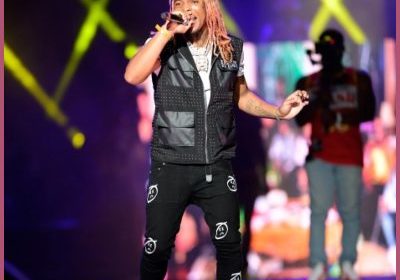