Shep Gordon might be possibly married or single. There is no accurate information relating to his current relationship.

He was married to Katie McMillan in the year 2020. It is not sure if they are still together or have split up. Talking about his children, he has four adopted children and one biological child. The identity of his children is not revealed yet. 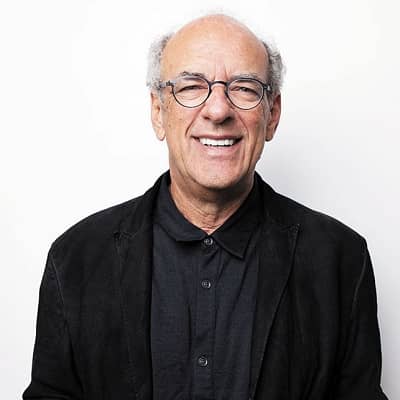 Who is Shep Gordon?

Shep Gordon is a Hollywood film agent, talent manager, and producer from the United States. Supermensch: The Legend of Shep Gordon, directed by Mike Myers in 2013, is a documentary about Gordon.

Shep was born on October 18, 1945, in Jackson Heights, Queens, New York City. As of now, he is 76years old. Talking about his nationality, he holds an American identity.

Furthermore, there is no information about his family background and siblings. Thus, we don’t have information on who his parents are.

In 1968, he earned a B.A. in sociology from the State University of New York at Buffalo. He was a member of the Sigma Alpha Mu fraternity while in college. He pursued post-graduate studies at The New School for Social Research.

He then relocated to Los Angeles, California, where he was interviewing for a position as a probation officer.

Shep Gordon is well-known in the entertainment industry for having a keen eye for talent as well as an intuitive understanding of what people find entertaining.

He and his partner Joe Greenberg began managing Alice Cooper in 1968 after being introduced to the band by drummer Neal Smith’s sister Cindy Smith. Gordon co-founded Cabo Wabo Tequila with Sammy Hagar (of Van Halen). He also collaborated with Willie Nelson on the creation of Old Whiskey River Bourbon.

The Duellists, Gordon’s first film as a producer, won the Cannes Film Festival in 1977. He went on to found Alive Films, one of the first independent film production companies in the United States, which produced Roadie (1980), starring Meat Loaf.

Alive formed a partnership with Island Records in 1983 to form Island Alive, which produced and distributed films such as Koyaanisqatsi, Kiss of the Spider Woman, Stop Making Sense, and Choose Me. In 1985, the partnership was dissolved.

Gordon also worked on Wes Craven’s Shocker and The People Under The Stairs, as well as John Carpenter’s Prince of Darkness and Village of the Damned. They Call Me Supermensch: A Backstage Pass to the Amazing Worlds of Film, Food, and Rock ‘n’ Roll is Gordon’s memoir.

It was published by Anthony Bourdain‘s Harper Collins imprint on September 20, 2016, and debuted on the New York Times Best Seller List.

Gordon has collected a wealthy amount throughout his career. As per the sources, his net worth is estimated to be $40 million while his exact salary, income, and earnings aren’t disclosed yet.

Gordon has not been indulged in any kind of controversy yet. He has kept himself away from all unwanted scandals and rumors and keeps his professional and personal life different.

Shep’s actual body measurements are unavailable to us at the moment. However, Shep Gordon stands tall at a height of 6 feet and weighs around 65kgs. His other body statistics are unknown.

Shep Gordon is active on various social media platforms with a verified account. He has 21k followers on Instagram under the username @supermenschshep. Similarly, he has 6.4k followers on Twitter.