Updated On December 18, 2022 | Published By: Claude Payton
Share this
Widow 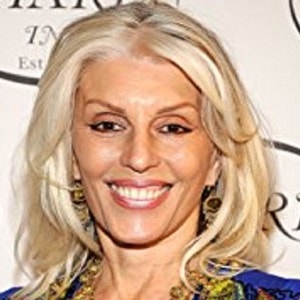 What is the relationship of Shera Danese?

Shera Danese is currently single. She was previously married to actor Peter Falk on December 7, 1977. The couple met the first time on the set of the movie ‘Mikey and Nicky’. Shera is the second wife of Peter. The couple married for 33 years until the demise of Peter on June 23, 2011. Peter died at the age of 83 from the complications of Alzheimer’s disease and pneumonia. Peter took his last breath with his wife by his side.

Peter was previously married to Alyce Mayo and they divorced one year before his marriage to Shera and she became the stepmother of his two daughters-Catherine and Jackie.

Who is Shera Danese?

She was born on October 9, 1949, in Hartsdale, New York, USA. Her birth name is Shera Lynn Kaminski and she is currently 69 years old. She has not disclosed anything about her father, mother, and siblings.

Shera holds American citizenship but her ethnicity is unknown.

Talking about Shera’s education history, she has not disclosed any information about her college and university names.

She began her acting career from the role of Kitty in an episode of the TV series ‘Medical Story’ in 1975. After that, she guest starred on the TV series in ‘One Day at a Time’, ‘Baretta’, Kojak’, ‘Hart to Hart’, ‘Starsky and Hutch’, and ‘Charle’s Angels’.

Shera Danese has appeared on the big screen with Tom Cruise and Rebecca De Mornay in ‘Risky Business’ in 1983 and she appeared alongside her husband, Peter Falk in the movie ‘Checking Out’ in 2005.

In addition, she portrayed the supporting roles in six episodes of the TV series ‘Columbo’ and appeared alongside her husband in ‘Murder Under Glass’ in 1978, ‘Columbo and the Murder of a Rock Star’ in 1991, ‘Undercover’ in 1994, and ‘A Trace of Murder’ in 1997.

She has not been awarded and nominated a single time despite playing so many films and television shows.

She must have earned a huge sum of money from her career but she has not disclosed any data about it. However, her late husband Peter had an estimated net worth of around $5 million.

Shera has not been involved in any types of rumors and controversies in her career as she likes to keep her profile low and does not want to hamper other people.

Also, Shera Danese has black eyes and blonde hair. But, other information regarding her body measurement, shoe size, dress size, etc. are not available.