Sheree J. Wilson is an actress, model, and producer. 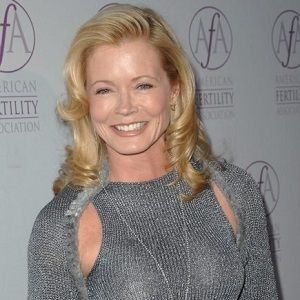 The 59-year-old American actress, Sheree was previously married to Paul DeRobbio. They tied the knot in 1991. Together, they also welcomed two children Nicolas DeRobbio and Luke DeRobbio.

Furthermore, the married couple carried their married life for almost 13 years and then separated.

Prior to her marriage, she also dated Mark Harmon in 1985 and C. Thomas Howell in 1986. Although, she has not married anyone after her divorce. Currently, Sheree is enjoying her single life and living elegantly.

Who is Sheree J. Wilson?

Sheree J. Wilson is an actress, model, and producer from America. She became famous after appearing as April Stevens Ewing on the American primetime television series Dallas as well as Alex Cahill-Walker on the television series Walker, Texas Ranger.

Furthermore, she also won the Pop Culture Award for Dallas. Additionally, she also appeared in several movies such as Hellbound, Birdie and Bogey, Anna’s Storm, Fragile, and Christmas Belle.

Sheree was born on December 12, 1958, in Rochester, Minnesota, USA. Moving towards her nationality, she is American and her ethnicity is unknown. From the beginning of her childhood, she had a keen interest in acting and also began to learn from a very early age.

Talking about her education, Sheree attended Fairview High School. Later, she completed her graduation in fashion merchandising and business from the University of Colorado Boulder.

Sheree J. Wilson began her career from the 1984 film Velvet. A year later, she landed a couple of roles in films such as Crimewave and Fraternity Vacation.

In addition, she has also starred in a couple of television series which include Matlock, Renegade, Burke’s Law, Sons of Thunder, and DeVanity. Besides this, she has also produced and played in independent films such as Killing Down, The Gundown, Easy Rider: The Red Back, Dug Up. Furthermore, she also acted in a major role in the television movie Christmas Belle.

Being an actress and producer, Sheree earns a healthy amount of money from her profession. Currently, she has a net worth of $5 million.

As of now, she has won the Pop Culture Award for Dallas. Additionally, she also got a couple of nominations Soap Opera Digest Award.

So far, there are not any drastic rumors regarding her personal and professional life. Moreover, she has never faced any controversy in her career to dare. As she jas fully focused on her work, she has not stuck in any controversy.

Sheree J. Wilson has a height of 5 ft 7 inches and weighs 59 kg. Moreover, she has a pair of gorgeous blue eyes and blonde hair. Besides this, her body measurements are  33-24-33 inches.

Sheree J. Wilson is quite active on social media. Currently, she holds a Twitter account on which she has almost 3.3k followers. Besides this, she has more than 1k followers on Instagram and around 11.3k followers on Facebook.