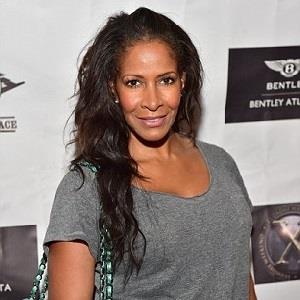 Sheree Whitfield is a divorced and single woman at the present time. She was previously married to the American football star Bob Whitfield. They first met each other back in the 1990s. After dating each other for several years, the couple got married in 2000. She became a mother for the first time in her teenage. Her first daughter is Tierra Fuller.

Sheree and Bob together have a son and a daughter named Kairo Whitfield and Kaleigh Whitfield. Her first daughters’ father is still unknown to the media. The couple stayed together for over seven years and their married relationship came to an end with a divorce in 2007. There are no other records of her past and present relationships.

Who is Sheree Whitfield?

Sheree Whitfield is a television personality, socialite, fitness enthusiast, and fashion designer of America. She is best known as a cast member of Bravo show The Real Housewives of Atlanta. She is the author of the novel Wives, Fiancées, and Side-Chicks of Hotlanta.

Sheree was born on January 2, 1970, in Shaker Heights, Ohio, United States. She is an American by nationality and is of African-American ethnicity.

Sheree became popular after appearing on the hit Bravo reality TV series “The Real Housewives of Atlanta“. In 2008, she was handpicked to join the Atlanta cast of the hit “Real Housewives” reality series.

She owned and operated clothing boutique Bella Azul in Atlanta for three years from August 2003-2006. She is the founder of her jewelry and clothing line collection “She by Shereé Collection” which was debuted at New York Fashion Week.

Sheree Whitfield: Salary and Net Worth

There is no rumor of her dating anyone at this time. Sheree was ashamed of being a teenage mother, so she identified her daughter Tierra as a family friend in season 1 of The Real Housewives of Atlanta.

In 1989, she was arrested on two different occasions for shoplifting at Saks Fifth Avenue. She was banned from all Saks stores in the state of Ohio.

Moving towards her body measurements, she has a good height of 5 feet 7 inches with body weight 58 kg. Her hair color is black and her eyes are also black. She has a well-shaped body with breast size 34, waist size 26 and hips size 36 inches. Her bra size is 32B and her shoe size is 6.5 ( US) and her dress size is 8 (US).

The Real Housewives of Atlanta Sheree Whitfield and Bob Whitfield: A Brief History Of Tumultuous Relationship, quarrel over child support!! All here!