Sheridan Smith is one of the well-known names in the world of entertainment. She is popular for appearing in Two Pints of Lager and a Packet of Crisps (2001-2009), Gavin & Stacey (2008-2010), etc. She is currently single.

Smith was romantically linked to actor James Corden from 2007 to June 2009. After it, she dated a Scottish actor, Ross McCall from March to August 2010 after having a 10-year long friendship. They get separated in August 2010 as it turned out to be a long-distance relationship. in between 2011, Sheridan was rumored to be dating reality TV personality Kirk Norcross in 2011.

After that, she started to date British film director and writer, Reginald Traviss in September 2012. But their relation couldn’t last long as after 4 months they get separated. Then the English actor, Greg Wood, and Sheridan were said to be in a relationship and they were a topic from 2014 to 2015.

As of now, she seems to be single. 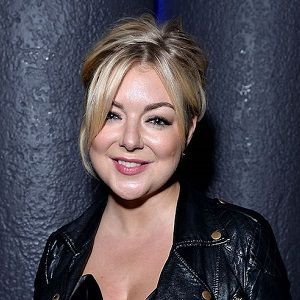 Who is Sheridan Smith?

Sheridan Smith is one of the well-known names in the world of entertainment. She is popular for appearing in Two Pints of Lager and a Packet of Crisps (2001-2009), Gavin & Stacey (2008-2010), etc. Likewise, she also gains fame after her performance as Ronnie Biggs’ wife Charmian Biggs in the drama series Mrs. Biggs in 2012.

Sheridan was born on June 25, 1981. Her birthplace is in Lincolnshire, England. Smith’s family was a show business oriented family. Her great-great-grandfather was also a performer who was known for his banjo playing skills while her parents.

Smith father’s name is Colin Smith and likewise, her mother’s name is Marilyn Smith. Her parents were entertainers who had occasional tours and performed a country music duo called the Daltons. Sheridan also has two siblings named Julian and Damian in her family. But unfortunately, when she was eight, she lost her eldest brother Julian to cancer.

She studied dance in Joyce Mason School of Dancing. After it, she attended at South Axholme Community School. When she attended there, she received A* in performing arts at GCSE. She completed her education from John Leggott College, Lincolnshire, Sheridan.

Smith used to go to the National Youth Music Theatre at her young age. It was between 1995 and 2001. After it, she debuted Tallulah in a musical and comedy movie called Bugsy Malone. Then she also gets featured in different productions like Pendragon and Into the Woods.

She has performed in various of the popular movie and so must have good earning. Her net worth is said to be $20 million.

She must have maintained a good relationship with all others and so doesn’t fall under any rumors and controversies.

Actress Sheridan Smith is pregnant with her first baby with fiance Jamie Horn!