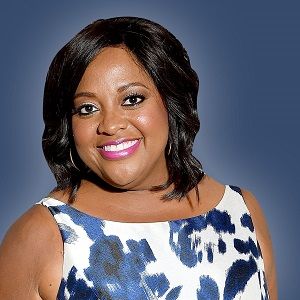 Oh, girl. People hated me for that. I didn't think it was a big deal until I realized I was the second most Googled person in the country. It was a brain fart! It was my second or third day on "The View," and I just got nervous. Barbara asked me if it was round or flat and I said, "I don't know, I'm just trying to take care of my kid. When the show was over Barbara came over and said "Dear, the Earth is round, an then I said, Barbara, I know that!' You know what, Sherri, I don't care if the Earth is round or flat either, I'm trying to get my ex-husband to see my kids,' or 'I'm just trying to work this job and take care of my family.' There were so many letters of support. That was actually the inspiration for my book, 'Permission Slips.'

Sherri Shepherd was previously married to Jeff Tarpley. She married him in the year 2001 but they divorced in 2010. Similarly, TV writer Lamar Sally proposed Shepherd on 26th December 2010. On August 2011, they married at the Fairmont Hotel in Chicago.

Likewise, on 2nd May 2014, she filed for separation and got divorced later. Their child was born in August 2014. Her ex-husband had petitioned a Los Angeles court for full legal and physical custody of the child in July 2014. But on 21st April 2015, Shepherd was declared the legal parent of the child. Therefore, she has two children Lamar Sally, Jr. and Jeffrey Charles Tarpley.

Who is Sherri Shepherd?

Sherri Shephard is an American actress, comedian, author, and television personality. She is famous for her role of Ramona Platt on the ABC sitcom Less than Perfect. Similarly, she was well received and was nominated for the BET Award for Outstanding Supporting Actress in a Comedy Series in 2005.

She was born on 22nd April 1967 in Chicago, Illinois, the U.S. Similarly, Sherri is the daughter of Lawrence Shepherd and LaVerne Shepherd. She is the eldest sister among the three sisters.

Likewise, her mother died in 1991 and her father is a church deacon who also worked as a food service manager at Sambos Resturant. Her family moved to suburb Hoffman Estates, a village in Illinois. Her nationality is American and her ethnicity is African-American.

She has appeared in several TV shows in recurring roles. Similarly, she has starred as Ramona Platt on the ABC sitcom Less than Perfect from 2002 to 2006. She well received and was nominated for the BET Award for Outstanding Supporting Actress in a Comedy Series in 2005 for Less than Perfect.

Likewise, from the year 2007 to 2014, she was a co-host on The View. She received multiple Daytime Emmy Award nominations, winning one in 2009 for the show. In the year 2009, she starred in a sitcom of her own on Lifetime, Sherri, which was canceled after one season.

Likewise, she also published the novel Permission Slips Every Woman’s Guide to Giving Herself a Break. In the year 2012, she appeared as a celebrity contestant on the fourteenth season of Dancing with the Stars. Similarly, in 2015, she did a project includes a line of wigs and hair add-ins.

Sherri Shepherd has been nominated for many awards like Outstanding Supporting Actress in a Comedy Series for Less Than Perfect, Performance by an Actress in a Supporting Role for Jean of the Joneses and many other. Similarly, she was the winner of Best Ensemble cast for Precious with others. Similarly, he was the winner of the Outstanding Talk Show Host for The View.

The estimated net worth of Sherri is around $10 million. Similarly, she receives a salary of $1.5 million per year.

Sherri Shepherd likes to keep her life away from the media. She has not been to any big rumors and controversy yet.

Talking about Sherri Shepherd’s body measurements, she has a height of 5 feet 1 inch and weight around 73 kg. Similarly, she has curly brown hair and black color eyes.