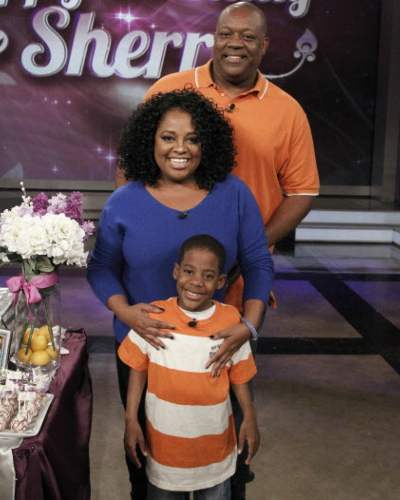 Sherri Shepherd, 54, and her estranged ex-husband Lamar Sally are no longer together as they decided to part ways in May 2014. Lamar abruptly filed for divorce after nearly three years of marriage. The former couple met through mutual friend Niecy Nash.

The two finalized their divorce on July 1, 2015. In past, their bitter divorce created a headline in the media with a maternity suit. The two together have a baby boy who was born in August 2014 via a surrogate.

Unfortunately upon separating in April 2014, their surrogate was already pregnant and gave birth to Lama Jr. in August 2014. The baby has been raised since then by Sally.

Sherri Shepherd Must Pay Child Support, and why?

Sherri and Lamar’s baby was born by using Sally’s sperm and a donor egg. Meanwhile, Shepherd does not have a genetic connection to the boy.

In November 2015, a judge in the Pennsylvania court of appeals ruled in favor of upholding a prior decision that Sherri Shepherd pay child support. As Sherri’s name would remain on Lamar Jr.’s birth certificate.

However, Shepherd had requested her name be removed from her child’s birth certificate. During the hearing, it was ruled that the former The View co-host must pay $4,100 in financial support each month but later sally filed a modification of child support because Shepherd earns $3 million per year. Then, the amount is increased by $1.8 million from what their previous support order was based upon.

Sally had petitioned a Los Angeles court for full legal and physical custody of the child in July 2014. Besides, he prefers to keep a low-key profile.

Sherri Shephard is an American actress, comedian, author, and television personality. She is famous for her role as Ramona Platt on the ABC sitcom Less the Perfect. Similarly, she was well received and was nominated for the BET Award for Outstanding Supporting Actress in a Comedy Series in 2005. See more…