Public noticed her for appearing in the TV series named Good Trouble. 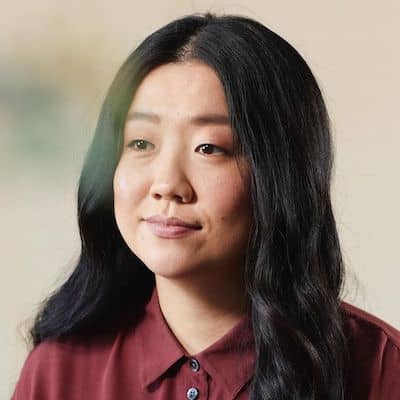 Sherry Cola is bisexual and her relationship at present is possibly single. The details of her current or past partner/affair are not revealed.

Who is Sherry Cola?

Sherry Cola is an American actress and comedian. The public noticed her for appearing in the TV series named Good Trouble.

Her character of Lil’ Tasty created in a web series Drive Luber is also popular among comedy lovers. Moreover, she is also an RJ and has worked with AMP Radio 97.1FM.

She was born as Sherriña Colada on 10 Nov 1989 in Shanghai, China. The name of her mother and her father is unknown.

Sherry’s ancestry is Asian and talking about her academics, she attended California State University Fullerton and passed out by majoring in Entertainment and Tourism Studies,

Sherry Cola used to work in radio stations before entering the TV world. She was with Titan Radio and AMP Radio and took interviews with many stars.

She is known for her amazing comedy and interpersonal skills. This eld to host her own how named own Sunday night show where she interacted with Noah Cyrus, Fifth Harmony, and Khalid.

Her acting career started with a TV show I Love Dick (2017) where she played Natalie. Moreover, Sherry’s TV roles in Claws as Special Agent Lucy Chun and Good Trouble as Alice Kwan are much appreciated by the viewers.

Her upcoming projects such as Tiger’s Apprentice is filming and Sick Girl is under the post-production stage. Some of her brief TV credits are,

At present, her net worth is estimated at around $500k. However, her salary and other earnings are unknown.

This Good Trouble actress is keeping herself away from rumors and is also not surrounded by any desperate scandals.

Regarding Sherry Cola’s body features, her height is 5 ft 4 inches and her body weight is 60 kg.

Moreover, her eyes are dark brown, her silky hair is black, and has a fair skin complexion.