Sherry Jackson is an American former actress. She is currently single.

Sherry Jackson is unmarried till now. She has been in a number of relationships in her life.

During the early 1960s, she dated actor Troy Donahue.

She also dated Bobby Rydell, Chad Everett, and Rod Lauren in the early 1960s. She had an affair with Ralph Taeger in 1962.

In 1967, Jackson began a relationship with business executive and horse breeder, Fletcher R. Jones. The couple was together for five years.

Their relationship ended on November 7, 1972, when Jones was killed in a plane crash eight miles east of Santa Ynez Airport in Santa Barbara County, California. 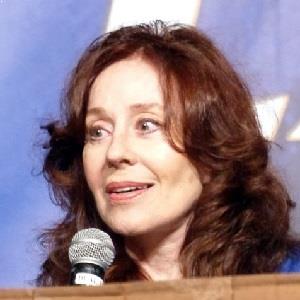 Who is Sherry Jackson?

She became popular for her movie roles during the period of the 1950s to 1980s. She is best known for playing the character Jacinta Marto in the movie Trouble Along the Way (1963).

She was born on 15 February 1942, in Wendell, Idaho, USA, as Sherry D. Jackson. Her ethnicity belongs to Caucasians.

She is the daughter of Maurita Kathleen Gilbert (mother) and Curtis Loys Jackson, Sr. (father).

After Curtis passed away in 1948, Maurita married Montgomery Pittman.

After that, she and her family moved from Wendell to Los Angeles, California. Her educational background is unknown.

Sherry Jackson began her career as a child actress at the age of seven. She made her acting debut playing a small role in Fireside Theater (1949). That same year, she appeared in her first feature film, 1949 musical You’re My Everything.

Sherry is mostly known for her role in Terry Williams in the TV series The Danny Thomas Show. She portrayed the character in the series from 1953 to 1958. Jackson has appeared in numerous movies and TV films in her career.

Her last screen appearances were in Charlie’s Angels (1980) and CHiPs (1980). Since then, she has not appeared in any movies.

After five months of Fletcher R. Jones’s death, Jackson filed suit against his estate asking for more than $1 million.

She stated that Jones had promised to provide her with at least $25,000 a year for the rest of her life.

However, the litigation proved to be unsuccessful. Many people criticized her for filing a suit against her former partner.

Her dress size is 6 (US) and her shoe size is 7 (US). She has dark brown eyes and dark brown hair.