Sherry Margolis was married to Jeffrey Lloyd Zaslow. Jeffrey was an American author and journalist and columnist for The Wall Street Journal. Sherry and Lloyd have 3 daughters.

On February 10, 2012, Jeffrey passed away due to a car accident in Michigan, US. 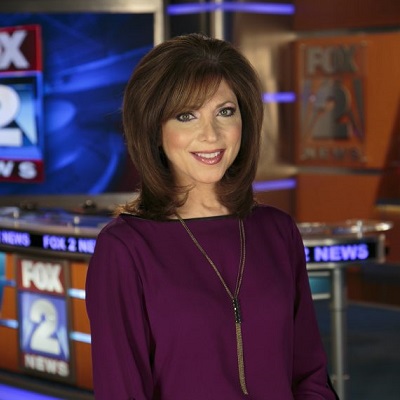 Who is Sherry Margolis?


Sherry Margolis was born in December, in 1973, Detroit, US.

She attended South High School, the US where she served as editor of the school newspaper and wrote the school’s Amherst Bee column.

She graduated from UB, New York, US, and was a teaching assistant in the Department of Communication.

Sherry initially wanted to become an English teacher but she entered into the field of journalism and joined the WKBW-TV as their anchor and reporter. Soon, she became the host of the daily morning children’s program,” The Jelly Roll Review”.

In September of 1984, she joined the Fox 2 News team. She became the co-anchor of the 5:00 AM segment of Fox 2 News Morning where she reported along with Kam Carman. She also anchored some other shows like Fox 2 News at Noon.

Currently, she is active in her community and supports organizations like the Alzheimer’s Association, Gleaner’s Food Bank, the Cystic Fibrosis Foundation, and the Asthma and Allergy Foundation.

Sherry Margolis is a 6-times Emmy Award winner including 2 for Best News Anchor.

She also won 2 Edward R. Murrow regional award for her outstanding performance in “Tribute to Our Troops”.

In 2002, the University of Michigan, Michigan, US presented her with its first annual, “Community Involvement Award” for her report on proposed government changes that threatened special education programs in Michigan schools.

She was honored by the Michigan Association of Broadcasters and the Associated Press.


Sherry Margolis is a brunette with brown eyes and she has 930 followers on Twitter.