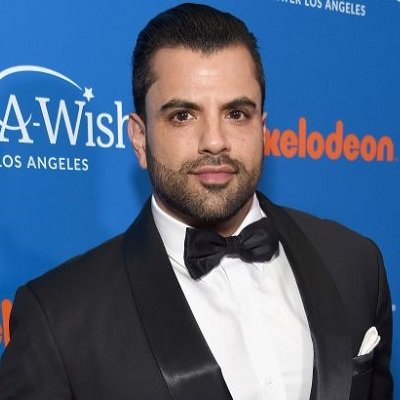 I pride myself on my business acumen and industry knowledge as part of my many successful endeavor.

Shervin Roohparvar’s is a relationship with Annalise Vanessa Carbone. His girlfriend, Annalise is from Australia and the couple is having a long-distance relationship.

Every now and then, there are rumors that Shervin is cheating on her. Despite that, the couple is maintaining their relationship.

Iranian-American Shervin Roohparvar is a silicon valley entrepreneur and TV personality. Roohparvar is renowned as a member of the Bravo’s TV series, Shahs of Sunset.

Currently, he is the advisor and investor of Tyme Commerce.

Shervin Roohparvar was born on the 21st of August 1980 in Iran. He is of Persian ancestry.

His parents moved to the United States from Iran.

Shervin has been in the field of business for over two decades. He is a successful business entrepreneur who has open the successful chains of restaurants like the mogul. Apart from that, he founded 5 different restaurants and bar brands in the Seattle Area.

Besides the hotel business, he is also a well-known face in the technical business and fashion industry. He is a global voice that comes to business. He has spoken in the Harvard Business School and Google.

Last, in 2019, he became the investor for Tyme Commerce.

After a successful career as a TV Personality, he appeared in the Bavo’s TV series, Shahs of Sunset. At first, he featured the series as a friend of the Golnesa Gharachedaghi in the 4th season of the season.

Later, in the 6th and 7th seasons, he featured the series as the main cast. In the most recent season, he only appeared as a guest. Altogether, he is featured in 29 episodes of the series.

Leaving the series, he also made his appearance in other TV series including Watch What Happens Live with Andy Cohen and The Shahs Come Clean with Nadine.

Besides that, he makes in the range of $35k to $138k. The remaining amount, he earns through his investment in the different business ventures from the hotel chain to technical and retail industries.

The silicon valley entrepreneur had been through a huge controversy in the case of the date rape case. Last year in December, he met a woman in Vegas through a social media site.

After that, they had drinks and chat in his hotel in the matter of the business concert. During the date, she started shouting accusing him of slipping her drug. Also, she told cops that he would drag her. However, the cops took no action.

After a few months of the incident, Shervin received a letter through her agent that threatened him to pay $350k otherwise, they would rat him out to production companies about the incidents.

Now, Shervin is suing the women for alleged extortion.

During his long-distance relationship with his ex-girlfriend, Annalise. There were constant rumors that he is cheating with her girlfriend.

However, he denied saying that the dynamics of the relationship are not standard. The word relationship comes with different definition also they don’t apply in their case.