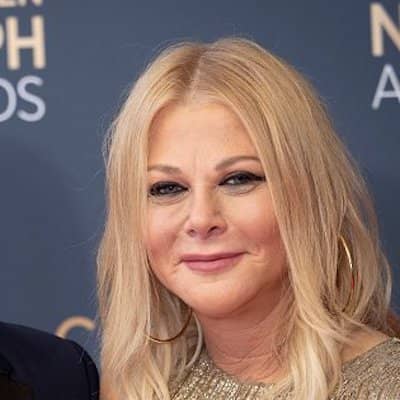 Sheryl Berkoff is currently a married woman. She exchanged vows with Rob Lowe on 22 July 1991. Her husband is an actor but their wedding details are unknown.

However, this couple met each other in the year 1983 via blind date. But it was a short meeting and they again interacted in 1989 and started dating.

from the marriage, Sheryl and Ron have two children, both sons. Their first child, Edward Matthew Lowe was born in 1993 and after two years, they welcomed John Owen Lowe.

As per the reports, she was in a romantic relationship with She has dated the actor, author, director, and musician Keanu Reeves.

Sheryl also has an affair with Emilio in the past.

Who is Sheryl Berkoff?

Sheryl Berkoff is an American make-up artist and celebrity wife. Her work can be seen in Frankie and Johnny (1991), Glengarry Glen Ross (1992), and more.

She is noticed for being the wife of an actor, producer, and director, Rob Lowe.

She was born as Sheryl Lynn Berkoff on 20 June 1961 in Los Angeles, California, USA. The name of her mother and her father is also behind the curtain.

Sheryl’s ancestry is Caucasian and has a sister who is an actress, Hilary.

As per her academics, she is a graduate of The University of California.

Sheryl Berkoff along with being a make-up artist is also a jewelry and interior designer. She has worked on several screen projects.

Her work can be seen in Marina Vice (1985), Heidi, Breakin In, Renegades, Bad Influence, Judgement, and more. She very first did makeup in a 1985’s video Treasure Box.

Moreover, she worked as a hairstylist in The Man with Three Arms (1991) and Little Muffy Johnson (1985). Recently, in 2012, she was with Who Do You Think You Are? which was a TV Series documentary.

At present, from her career, her estimated net worth is around $30 million US. However, her salary and other earnings are unknown.

Her spouse, Rob has assets worth $100 million. This couple bought two houses, one in Oct 2020 at $3.7 million in Beverly Hills. The next one, they bought in Nov at $5.2 million in Montecito.

Again, in Dec of the same year, they spent $13 million to buy another home in Montecito.

This makeup artist is keeping herself away from rumors and any desperate scandals.

But in July 202, she grabbed the media’s attention when Gwyneth Paltrow revealed that she taught her how to have oral sex?

This actor/producer was in the news two times for having sex. First, a video of him mating a girl was leaked in 1998. This video was two years old and the girl was only 14 years old.

Again, another video of him having sex with a model along with a friend became viral. They were in a hotel in Paris and this sex tape was commercially available.

Regarding Sheryl Berkoff’s body features, her height is 5 ft 7 inches and her body weight is 62 kg.

Moreover, her eyes are green and her hair color is blonde. She has a fair skin complexion and her body stats are 36-28-42 inches.