Posted by MarriedBiography Posted on February 16, 2020 | In Affair , Relationship
Share this 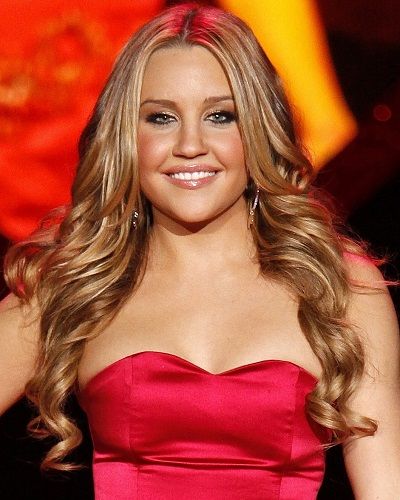 Good news for the fans of She’s the Man actress Amanda Bynes. She revealed that on Valentine’s Day that she accepted the proposal of her mystery man.

The American former actress blessed her fans with the good news and introduced her fiance. She shared the good news on Valentine’s Day. She took to Instagram to share the news and posted a picture of her hand showing off her massive emerald-cut engagement ring.

“Engaged to tha love of my life,”

Even though she showed her fiance’s hand in the photo, she is yet to reveal his identity. Her fans were very happy with the news. They showered her with some love and best wishes. However, people are eager to know her mystery man.

One of her fans commented,

“Congrats manda! who is the lucky man?”

On Saturday, Amanda shared a selfie with her future husband on Instagram. She captioned the photo,

In the picture, she was standing next to her fiance. He was wearing a blue flannel shirt, a baseball cap, and black glasses. According to some sources, they met at the end of 2019.

Amanda opened about being sober

Amanda Bynes opened up about her drug addiction. It ruined her career and life. Amanda got her big break on Nickelodeon’s The Amanda Show before going on to star in movies.

Since then her career declined and she became depressed and turn to drugs. In the year 2010, she retired from acting. Her last role was in Easy A as Marianne Bryant. She was filled with Twitter rants which made her ashamed and embarrassed.

“I can’t turn back time but if I could, I would. And I’m so sorry to whoever I hurt and whoever I lied about because it truly eats away at me,”

“It makes me feel so horrible and sick to my stomach and sad. Everything I worked my whole life to achieve, I kind of ruined it all through Twitter.”

“It’s definitely not Twitter’s fault – it’s my own fault,”

Amanda started using marijuana at the age of 16. She started talking Adderall which is a medicine used to treat people with ADHD (attention deficit hyperactivity disorder). The twitter rant started where she criticized her fellow celebrities, the media, and her own family.

Also read Tweet! Amanda Bynes Explains Her Tweet Saying “I Was Serious, But I Was Also on Drugs”

Amanda Bynes is an American actress, fashion designer, and comedian. People mostly recognize her from the Nickelodeon series ‘All That’ and ‘The Amanda Show’. Additionally, she has also starred in movies including ‘What a Girl Wants’, ‘She’s the Man’, and ‘Sydney White’ among others. Read more bio on…

Tags : Easy A She's the Man