Updated On October 12, 2022 | Published By: Natalie | In controversy , Married , Relationship
Share this 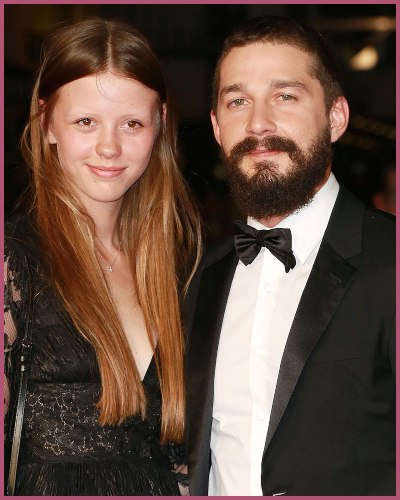 Shia LaBeouf thanks his wife Mia Goth for being there for him when he didn’t feel like deserving any love.

In a recent conversation with Jon Bernthal, the actor talked about his past and how his wife shaped him into the person he is today.

He remembered a time when his now-wife Mia showed up for him when he felt like he didn’t have anyone to call his own.

LaBeouf got emotional during Wednesday’s episode of Jon’s REAL ONES podcast where he talked about his life in a Utah rehab center and getting a call from his wife after the two were separated for many years.

The 36-year-old fought tears as he said:

“She was present for me at a time when I didn’t deserve to have nobody in my life, especially her.”

The Fury actor called Mia a real one. He further admitted:

“It’s the first time I ever really understood love, because I didn’t have nothing to give.”

“She gave me hope when I was really running on fumes,”

Shia felt suicidal at one point

Shia and Mia are going strong since getting married in 2016 and share a 5-month-old daughter named Isabel.

During the two-hour interview, Shia also admitted that he has hurt many people in life including a certain woman. He also got candid about trying to commit suicide when allegations went public.

Talking about the allegations, nearly two years ago, FKA Twigs accused him of physical, sexual, and mental abuse.

LaBeouf admitted to hurting an unnamed woman, and explained:

Saying that he has a long list of people to repair things with, the actor continued:

The Even Stevens alum also called Twigs a Saint for saving his life by holding him accountable.

Twigs filed a case against him in December 2020 for all the torture he provided her. He had to seek treatment following the accusations and is now on a journey to recovery.

Fans are Convinced Bradley Cooper is Getting Back with his ex-Irina Shayk after Their Vacation Pictures!
Tags : American Actor celebrity controversy Celebrity couple