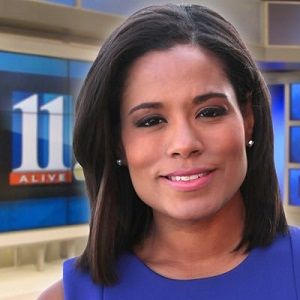 Shiba Russell is a private person who does not discuss much her personal life in public. It has been said that she was married but divorced. Her ex-husband’s details are not available. Her Twitter account mentions her status as a mom. She is supposedly a single mom with a daughter whose age and name are not known. It is not known whether the lady is dating someone at the moment. There is no information also about her past relationships.

Who is Shiba Russell?

Shiba Russell is an American Journalist who is immensely famous for her work as a Journalist for ‘WCVB TV’. She is also known for being a former employee of ‘WTAE TV’. Russell worked as an anchor for 11 PM newscasts on WNBC from 2011 to February 2016. She is currently with Atlanta’s WXIA-TV (11alive.com) and is with #MorningRushATL from 5-7 am on weekdays. Shiba is also a fitness enthusiast and an Emmy award-winning reporter.

Russell was born in the United States of America and was raised in the same place where she was born. Her nationality is American and her ethnicity is African-American.  She was born in Boston, Massachusetts and grew up in Ocean Township, New Jersey. Russell showed a keen interest in journalism from her high school days. She had the full support of her family in it. She attended Ocean Township High School and graduated in 1993. Shiba did her Masters’ degree in Science from Northwestern University.

She worked as a Washington DC correspondent for Medill News Service. Shiba was sent to ground zero during the World Trade Centre attacks of 9/11. She has a bucketful of experience before working as a journalist for WCVB TV. This was her first breakthrough, but, her work at WTAE TV is considered as another breakthrough. Her resume also includes anchoring for 11 PM newscasts on WNBC. In 2016, it was announced by ATLANTA – 11Alive that she has been hired to be an anchor for ‘Atlanta Alive’ from 4:30 a.m. to 7:00 a.m. on ‘WXIA-TV’, and 7:00 a.m. to 8:00 a.m. on ‘WATL-TV’. She also served as co-anchor of NBC 4 New York’s Noon. She is an Emmy Award-Winning Journalist who is one of the demanding journalists at the present times. Thus, with the help of her talents and appearances, she has a decent amount of money as her salary raising her net worth to a respectable peak point.

It was rumored that she was replacing Sue Simmons on WNBC-TV. However, she made it clear that she is joining WNBC-TV but not replacing Sue. She has received her share of criticism for her work and some viewers have also called her names and an ‘idiot’.

Shiba’s height and weight are not known. She had dark brown hair and her eyes are also brown.