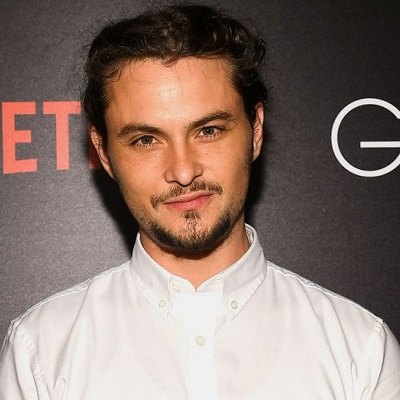 When I went to college, I was doing well in school, but I didn't have any drive to study.

People make up rumors and put them on the Internet.

I'm a calm person who wants to talk about things and think things through.

I try to create as many circumstances outside of set that help me fall into character when I get onto set.

I think writing is such a great talent, and if I was better, I would love to be a writer.

Previously, Shiloh was in a relationship with English actress, Juno Temple from 2007 to 2010.

He likes nature and loves to capture the images of it.

It was a rumor that he dated The Fault in Our Stars actress, Shailene Woodley. But he declined the rumors. Besides, Woodley also replied to Shiloh that she is only a good friend of him.

Who is Shiloh Fernandez?

American Shiloh Fernandez is an actor.

He is known for his work on the TV series Jerico and the United States of Tara.

He is also recognized from his role in the movie like Deadgirl, Red Riding Hood and 2013 remake of Evil Dead.

Shiloh Fernandez was born Shiloh Thomas Fernandez on February 26, 1985, in Ukiah, CA, the U.S. His father is of half Russian Jewish descent and half Portuguese.

His mother has British ancestry. Fernandez has a younger brother and a sister. His stepfather is a contractor.

He graduated from the Ukiah High School, Ukiah, California, U.S.

Fernandez’s first debut was in the television series Cold Case in 2006. He appeared in some episodes with a minor role.

In 2007, he made a notable appearance in interstate as an Edgar.

In 2008, Fernandez auditioned for director Catherine Hardwicke in her Venice Beach Garage. Also, became a personal favorite of Hardwick.

Finally, he landed his first hit Skateland in 2010 as Richie Wheeler.

Fernandez has a good relation with Hardwicke. So, he cast Fernandez as a romantic lead role in the movie Red Riding Hood. He played opposite Amanda Seyfried. He collected many good responses from this movie.

MTV Networks NextMovie.com gave him the title of ‘Breakout Stars to Watch for in 2011’. He got an opportunity to be a cover model of Nylon Guys. Da Man magazine made him a cover man for the April and may 2011 issue.

Fernandez appeared in the movie Evil Dead in 2013, which is a remake of the original 1981 film Evil Dead. It was directed by Fede Alvarez. He was cast as a David in this movie.

Later in march 2015, he played as one of the lead roles in the Canadian movie Backcountry. He played alongside Joel Kinnaman, Tom Holland, and Rachelle Lefevre.

Shiloh’s net worth is approximately $4 million US.

The actor and performer’s average salary is $56 k US.

Shiloh was cast in the movie the Evil Dead whose budget is $17 m US and it made $97 m US worldwide box office collection.

His movie Red Riding Hood is made with a budget of $42 m US and it has $89 m US Box office collection worldwide.

Shiloh has hazel eyes and dark brown hair. His height is 5 feet 10 inches and weight is approximately 70 kg.

Shiloh has 22.7 k followers on twitter with id @shilohfernandez.