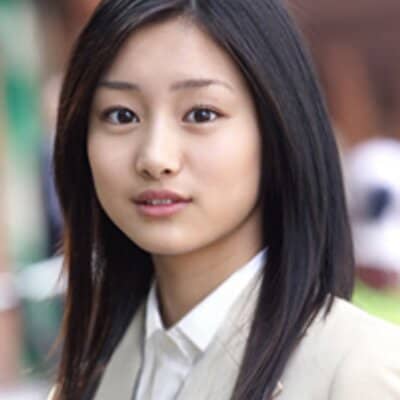 Who is Shioli Kutsuna dating?

It seems that the Japanese-Australian actress has no plans of commitment, marriage, and children as of 2022.

Who is Shioli Kutsuna?

Shioli Kutsuna is a 2021 Forbes Japan award winner Japanese-Australian actress. Kutsuna is renowned as the mutant Yukio in the 2018 film Deadpool 2.

Kutsuna was born on 22 December 1992 under the birth sign Capricorn. The 30-year-old actress belongs to the Japanese ethnicity and has both Japanese and Australian citizenship.

Kutsuna was born and raised in Killarney Heights, Sydney until she decided to move to Japan. Immediately, she returned at the age of 14 in order to pursue acting in the Japanese film industry.

After moving to Japan, she graduated from Horikoshi High School in the year 2011. She was in high school together with actresses Mayuko Kawakita and Riko Narumi.

Later, in 2013 she dropped out of college after completing her second year.

Kutsuna featured as Machiko Yamada in the 2013 Television series Before The Vigil. It happened after she was named Best New Actress of 2011 by the film magazine Kinema Junpo in 2012.

In addition, she is famous for her role as Ran Mori in the 2011 series Shinichi Kudo’s Written Challenge! She justified her role as Minami Maho in Beck, and Haru/Harumi in the 2015 film 125 Years Memory.

It was reported that she will appear in Hideo Kojima’s next video game in 2022.

The estimated net worth of actress Kutsuna is $5 million. Further, the wiki of her salary, luxuries, cars, and brands is updated.

The actress Shioli Kutsuna has successfully kept herself out of rumors and controversies.

Moreover, she maintains a healthy distance between her personal and professional lives.

Kutsuna stands 5 feet and 3 inches tall and weighs around 55 kg.

On top of that, she has black hair, black eyes, and a fair round face. Besides her chest-waist-hip size, dress, and shoe size are under update.

Shioli Kutsuna is available on Instagram with the username @shiolikutsuna with 140 posts and 276k followers.