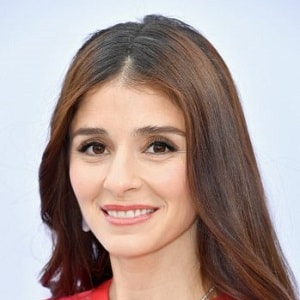 I've been watching so many movies and they all have to do with the DVDs. It's just so much more convenient

She wasn't as naive and innocent as she was in the first season.

What is the relationship of Shiri Appleby?

Shiri Appleby got engaged to her boyfriend, chef, and restaurateur, Jon Shook in July 2012, during a trip to Ventoteen, Italy. They met through his business partner Dotolo’s wife, who is also mutual with Appleby.

Who is Shiri Appleby?

Shiri Appleby is an American actress and director. She is famous for her roles as Liz Parker in the WB/UPN science fiction series ‘Roswell’ from 1999 to 2002.

She is also popular for her role as Rachel Goldberg in the Lifetime/Hulu drama series ‘UnReal’ from 2015 to 2018.

She was born in Los Angeles, California, USA, on December 7, 1978. Her birth name is Shiri Freda Appleby and she is currently 41 years old.

Her father’s name is Jerry Appleby(telecommunications executive and actress) and her mother’s name is Dina Appleby(school teacher).

She holds American citizenship and her ethnicity is Ashkenazi Jewish.

She graduated from Calabasas High School in 1997 and attended the University of Southern California from 1998 to 1999, and studied English.

Shiri got the starring role in ‘Roswell’ after two years and was working steadily but while shooting Life Unexpected in 2010, Appleby started to work towards a psychology degree from the online University of Phoenix. She completed the degree in 2012.

Shiri Appleby debuted her acting at the age of four where she started with advertisements for ‘Cheerios’ and ‘M&M’s’. Because of her shyness and introverted nature, her parent took her to start acting classes.

She made her first advertisement for Raisin Bran but it was never aired. She made her notable guest appearance in’ thirtysomething’, ‘Doogie Howser’, ‘M.D.’, ‘ER’, ‘Baywatch’, ‘Xena: Warrior Princess, ‘7th Heaven’,’ Beverly Hills’, ‘90210’, etc.

This actress landed her break-out role in the series ‘Roswell’ from 1999 to 2002. After that she featured in several music videos like ‘It’s My Life’, ‘I Don’t Want to Be’, ‘Save Yourself’, etc.

She made her recurring role in the ABC drama ‘Six Degrees’ as Anya in 2006 and later that year, she played Hildy Young in the series ‘To Love and Die’, which was aired in late December 2008.

Shiri starred as the main character of ‘Dating Rules from My Future Self’ in 2012, which she also produced. She played the role in the Lean Dunham HBO series, ‘Girls’ in 2013, which was controversial for its portrayal of male ejaculate.

She played the leading role in the comedy series ‘UnReal’ in 2013, which premiered on June 1, 2015. The show achieved strong reviews and had been picked up for four seasons.

Shiri directed her first episode of ‘Unreal’ titles ‘Casualty’ in 2016, and she went on to direct multiple episodes of the series. The series ended after four seasons in July 2018.

She has an estimated net worth of $1 million as per 2022’s data, and her main source of earning is from her professional career.

There was a rumor heard that she has separated from her husband and she is living a single life but it has not been confirmed.

Shiri Appleby has a height of 5 ft. 3 inches and she weighs 50 kg. She has got dark brown eyes and brown hair. Her body measurement is 32-23-33 inches.

To know more about Alexis Skyy, Samantha Hoopes, and Bria Myles, please click on the link.