Who is Shirlene Pearson Dating?

Shirlene Pearson is possibly single as a divorced woman. 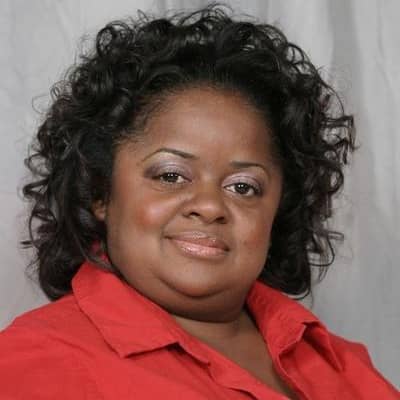 Who is Shirlene Pearson?

Shirlene Pearson is worldwide known for the titles like, ‘The Queen of the A.T.L’ or ‘The Queen of Atlanta.’ Besides that, she has appeared in the television show, ‘Little Women: Atlanta and the radio show, ‘The Rickey Smiley Morning Show.’

Shirlene Pearson was born in Corsicana, Texas, Unites States of America on January 4, 1972. Pearson is 50 years old as of 2022 and holds an American nationality. She maintains Afro-American ethnicity while she has a birth zodiac sign of Capricorn according to the astrological chart.

Pearson has not shared any info related to parents, siblings, and educational life.

As a beginner, she debuted her acting career on stage. Later she debuted her big-screen appearance in ‘Fred Hammond’s Christmas… Who Needs It’ in 2007. Then, she was cast in the movie, ‘Madea’s Big Happy Family’ by Tyler Perry in the supporting role in 2011.

This movie got her one of the major roles in ‘Lord Why Me’ by Playwright T.Y. She was able to book her role in the comedy series, ‘The Rick Smiley Show’ in 2012.

As a radio personality, she worked as a host on ‘The Rickey Smiley Morning Show’ for more than eight years. Furthermore, her role in the reality series title, ‘Little Women: Atlanta’ gained her worldwide fame and recognition. Firstly, she appeared in the following series in a supporting role, and later she was promoted to the regular cast member.

Little Women: Atlanta is an American tv streaming series, which aired on January 27, 2016, for the first time. It is the third sequel of the series, ‘Little Women: LA’ which plots the lives of little women residing in Atlanta, Georgia.

Earning as a reality television personality and Talent manager, Shirlene Pearson is able to accumulate a net worth of around 500K USD as of 2022. The yearly salary she is charged is still under review.

Shirlene Pearson is busy with her personal as well as professional life which has not involved her in unnecessary rumors and controversies. Maintaining a clean profile, she prefers to stay out of the limelight.

Shirlene Pearson stands at the height of 4 inches while her weight is unknown. The info including her body sizes and inches is also unavailable at the moment.

Additionally, she has a couple of black eyes and brown color hair.

Ms.Juicy is active on Instagram under the username, @msjuicyrsms having more than 665K followers.

Find Out About, Kerry Fox, Valentina Sampaio, and Michael Dorman.