Updated On January 29, 2023 | Published By: Amit Niraula
Share this
In Relation 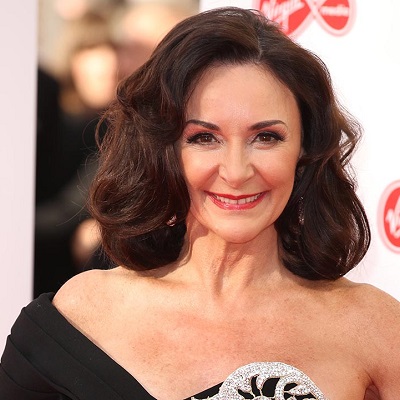 I’m learning to be myself more on the show. That’s something my son Mark said to me: I need to drop the walls because people can spot it when you’re being guarded.

How much age gap does Shirley have with her husband?

Shirley Ballas is in a relationship with Daniel Taylor.

She met her boyfriend Daniel during rehearsals for Jack And The Beanstalk at the Liverpool Empire. He is 13 years younger than Shirley.

The couple is so much in love that they are getting married and were spotted ring shopping.

Her mum Audrey Rich also lives with the couple.

Shirley married Sammy Stopford when she was just 18. But they split after five years of marriage affair.

She was married to Corky Ballas in the mid-1980s. Their child, professional ballroom dancer Mark Ballas, was born in 1986. Later the couple divorced in 2007.

Who is Shirley Ballas?

She is professionally trained in the international Latin division.

She won several championship titles which earned her the name The Queen of Latin.

Ballas was born Shirley Annette on 6 September 1960 in Wallasey, England to George Rich and Audrey Rich. She has a brother David and a sister Julianne Hough.

When Shirley was just two years old his father left the family and raised by her mum and brother David.

Shirley Reconnected with her father George following the death of her brother David, who took his own life aged 44 in 2003.

She began dancing at the of age 7 and started performing in competitions in the following years.

At the age of 15, Ballas moved to North Yorkshire to partner with British Ballroom Champion Nigel Tiffany. Two years later, she moved with Tiffany to London.

Ballas stopped competing in a dance competition in 1996, becoming a dance coach and judge for ballroom and Latin American competitions.

Ballas has appeared on Dancing with the stars, giving master classes and commentating on the show.

She joined the judging panel of Strictly Come Dancing series 15 on BBC One Replacing Len Goodman as head judge on 9th September 2017.

She appeared as a guest panelist of Loose Women on ITV and who Do You Think You Are, BBC in 2018, present she appears in Our School summer on CBBC.

Shirley relocated to the capital after living in LA, living in a beautiful home that features a huge TV and antique furniture.

The Sparkle company is a UK-based company that helps to decorate her entire home.

Shirley’s boyfriend Daniel Taylor has an estimated Net Worth is $5 Million.

In the Sunday episode of strictly come dancing Mike Bushell and Katya Jones went head to head against Catherine Tyldesley and Johannes Radebe in the dance-off.

Motsi Mabuse and Bruno Tonioli saved Catherine and Johannes while Craig Revel Horwood saved Mike and Katya. Her decision to save Mike and Katya made viewers angry.

Shirley’s height is 5 feet 3 inches. She has Dark Brown eyes with brunette hair. Her body measurement is 35-28-35 inches.