Shirley is an American film actress, television, and theater actress, singer, dancer, activist, and author. She has a daughter, Sachi Parker.

Shirley Maclaine is a married woman, she married businessman Steve Parker from 1954 until their divorce in 1982; they have a daughter, Sachi Parker. 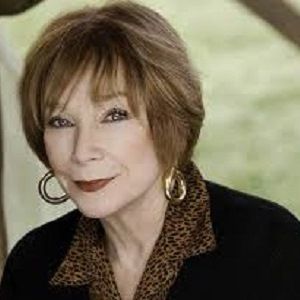 Some people think I look like a sweet potato, I consider myself a spud with a heart of gold

I think in my 40s, right around the time of The Turning Point (1977), that I began to address myself more to the future. See, I wasn't afraid of getting old, because I never had the problems the other actresses my age had. I was never a great beauty. I was never a sex symbol. I did, however, have great legs, because I was a dancer. But I didn't have that baggage. I wasn't interested in my stature as a star. Ever. I was just interested in good parts.

Who is Shirley Maclaine?

Shirley is an American film actress, television, and theater actress, singer, dancer, activist, and author. She has also played glamorous to quirky characters on Broadway musicals, television series, and movies.

Similarly, she has also entertained and enthralled audiences all over the world with her varied roles in films including, a small-town girl, a prostitute, and many more.

Additionally, she has also appeared in more than 60 films (and counting), penned 12 books, and directed documentaries and an indie drama.

Maclaine was born in Richmond, Virginia, the United States on April 24, 1934, aged (84). She is the daughter of  Ira Owens Beaty (father) and Kathlyn Corinne MacLean (mother). Her father was a professor of psychology, and her mother was a drama teacher. She has a sibling namely, Warren Beatty.

On talking about her education, she studied at Washington-Lee High School, where she was cast in a number of school-productions and was also part of the cheerleading group.

On talking about her profession, during 1956, she was cast in ‘Around the World in 80 Days. During 1960, she was also cast opposite Jack Lemmon in ‘The Apartment’, a critical and commercial success that cemented MacLaine’s reputation as one of the leading and most versatile actors of her time. Then, she also appeared in a number of films including, ‘The Children’s Hour’, ‘Irma la Douce’ and ‘Two Mules for Sister Sara’.

Similarly, in 1975, she wrote, produced, and directed ‘The Other Half of the Sky: A China Memoir’. In 1983, she also authored, ‘Out on a Limb’, which discusses her journey through spirituality. Whereas, she also made her directorial debut with ‘Bruno’ in 2000. Since 2012, she has also been playing the role of Martha Levinson on the hit TV series, ‘Downtown Abbey.

There is no information regarding her income, salary. Whereas, her net worth is around $ 50 million as of 2022.

On talking about her body measurements, Shirley has a height of 5 feet 7 inches. Additionally, her weight is unknown. In addition, she has a measurement of 34-24-34 inches. Shirley’s hair color was brown and her eye color was brown.

Also, read the affair, salary, the net worth, controversy, and the bio of  Lauren London, Frances McDormand, Nicolas Cage