Shirley Strawberry is the CoHost of The Steve Harvey Morning Show. Shirley is the wife of Ernesto Williams and a mother of one. 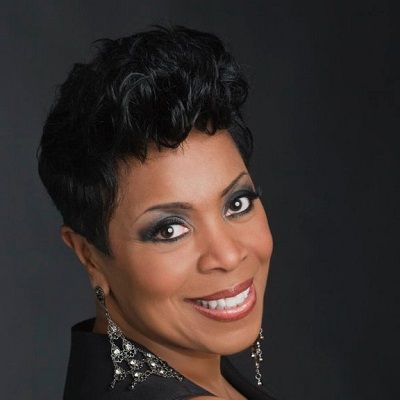 Shirley Strawberry has married twice in her life. The name of her first husband is unknown but she shared a daughter, Sheridan with him.

After her first unsuccessful marriage, she started dating Ernesto Williams, an entrepreneur. In 2013, the pair met and Ernesto proposed to her on a live radio show. The couple married on 8th January 2015, Atlanta, Georgia after years of relationship. Since the marriage, the couple is living a happy life with their daughter.

Who is Shirley Strawberry?

Shirley Strawberry is a host on radios and televisions. She is currently the co-host of The Steve Harvey Morning Show. She is also a well-known author. Previously, she worked for the WCGI-FM station as a radio jockey.

She was born on the 28th of July in Chicago, Illinois, USA. Her father passed away when she was a baby and she was raised by a single mother. She belongs to American nationality and All-American ethnicity. There is no information about her siblings.

She was interested in emulating the females who she heard talking about on many broadcasts from an early age. There is no further information about her Education, School/College University.

In Chicago, WCGI-FM she followed her dreams and pursued her career as a host in the radio jockey. Further, she also hosted the Doug Bank Shows. She hosted her show for a station for distinct years. At the beginning of the 2000s, she furnished as Steve Harvey’s co-host on Radio One.

She was recognized for her well-liked section named Strawberry Letter where the listeners used to write and inquire for her counsel. Since the 1980s, the proficient star has been an active member of the entertainment industry. From 2000 to 2005, she worked for the Radio One show.

After that, the show moved to New York City and became a national show which syndicated to more than sixty markets with eight million listeners. Shirley has also widened her career to acting, appearing in the film directed by Tyler Perry “Madea Goes To Jail” (2009). She has also appeared in Steve Harvey`s productions such as “The Steve Harvey Project” (2010), and the TV series “Steve Harvey” (2015)

Shirley has been an entertainment executive and a television producer for more than a decade. She has worked on several productions including Alan Haymon, Uptown Entertainment, Nickelodeon, and Wolf Films.

On 8/5/12 in Las Vegas, she was awarded by Steve Harvey at 10th Annual Hoodie. she has also become the winners of the Alliance for Women in Media Foundation announce – THE 2018 RADIO GRACIE AWARDS.

Shirley Strawberry is living a comfortable life. Her net worth is reported to be around $5 million. There is no more information about her salary and income.

Though being popular, this author has managed to stay away from rumors and controversies.

Shirley Strawberry has a perfectly curved shape body. Her waist size is 22 inches and her hip size is 35 inches. She has a light brown eye color and a black hair color. There is no more information about her body measurement.