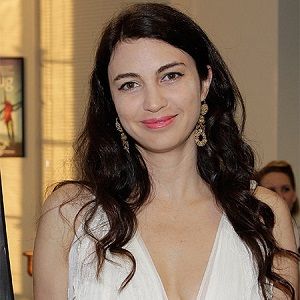 Talking about her relationship, she was dating her boyfriend Dylan McDermott before the couple got married. The couple tied the knot in the year 1995 and started to live happily as husband and wife.

Sadly, their relationship as husband and wife started having problems and it broke it at last. The couple went through a  divorce in the year 2009 and it was harsh on both of them.

Who is Shiva Rose?

Shiva Rose is an American actress, activist, and blogger, she is a fascinating actress and her amazing work has won millions of hearts all over the world.

Shiva Rose was born in Santa Monica, California, the United States on February 8, 1969, to parents Parviz Gharib-Afshar and Carol June. In addition, there is no information about her siblings.

She belongs to Iranian- American nationality and mixed (Irish- Ashkenazi Jewish- Welsh) ethnicity. Her birth sign is Aquarius. Additionally, she attended the University of California.

On talking about her profession, her past film credits include the 20th Century Fox feature The First $20 Million Is Always the Hardest, directed by Mick Jackson and HBO’s original film 61*, directed by Billy Crystal.

Similarly, she also starred in the independent film Black Days and was featured at the 2001 Slamdance Film Festival.

Besides that, she also starred in the critically acclaimed and award-winning independent film and romantic comedy, David & Layla, which won Prix du Public at the Amour Film Festival 2007 in Europe.

In fact, her television credits include the Lifetime series “The Division”, “Gideon’s Crossing” and “The Practice” for ABC. Recently, she also appeared in CSI: Miami as the recurring character Sonya.

Similarly, she also appeared as herself on an episode of “The Young and the Restless”. Therefore, she has also appeared in numerous productions at the Pacific Resident Theater, including roles in The Swan, Eve  Ensler’s Necessary Target, and My Antonia.

Shiva Rose: Salary and Net Worth