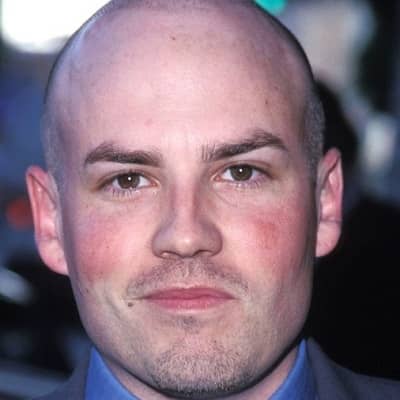 Shon Greenblatt is married to Solimar Colon. The details about their marriage are not disclosed,

The couple has two children. Their first child’s son’s name is Gravin Greenblatt. Likely, Ariana Marley Greenblatt was born on August 27, 2007. She is an actress and quickly gained fame for her role as Daphne Diaz on the hit series Stuck in the Middle.

Who is Shon Greenblatt?

Shon Greenblatt is a formal American film and theatre actor.

The actor is best known for his role in the 1991 movie, Freddy’s Dead: The Final Nightmare and also for the cult Disney musical Newsies.

Shon was born on May 13, 1967, in Rockland County, New York. There is not much information about his childhood.

Shon is of Jewish (father) and Swedish-Italian (mother) descent.

He was trained theatrically under Arthur Mendoza at the Stella Adler Conservatory.

The actor debuted from the 1989 film Chopper Chicks in Zombietown. After it, he worked as Jinx in the TV movie Just Perfect in 1989. He is also popular for performing in the 1991 movie, Freddy’s Dead: The Final Nightmare and also in the Disney musical Newsies. He then appeared on television in the TV series Hardball.

Shon is currently a Digital Marketing Specialist. He is listed as EVP Sales & Strategic Partnerships at Digital Media Solutions Group. He also served as senior director for an online product, development, and management at MediaWhiz Holdings LLC.

The actor must have good earning from his acting career. Although he has never mentioned his earning. Shom’s net worth is around $1 million.

Shon maintains a low profile life when it comes to his personal life. And so hasn’t appeared in any kind of rumors and controversial news.

He seems to have an average height and body mass but their exact detail is not known.

Likely, he has light brown colored hair and eyes.

You may also read the bio of Valerie Jane Parker, Shaun So, William Abadie, and Dylan McTee.