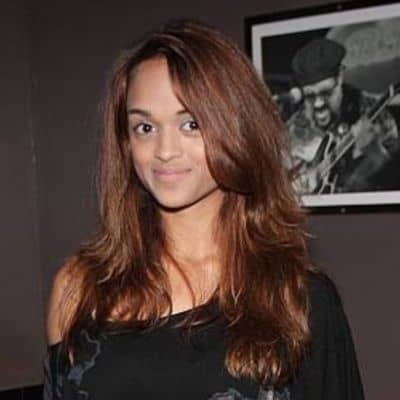 Who is Shyamali Malakar Dating?

Well, when it comes to her love life, there is a paucity of information regarding this as the actress has done everything within her power to keep these details under lock and key.

Shyamali Malakar is possibly a single lady with no kids.

Who is Shyamali Malakar?

Shyamali Malakar is an American Idol Contestant, singer, musician, and celebrity sister. In 2007, She went to the American Idol Season 6, along with her brother, Sanjaya Malakar.

Even though being a former American Idol, Season 6, contestant, Shyamali has been in the air for being the sister to her brother, Sanjaya Malakar.

Today, Sanjaya Malakar is big name. Currently, Malakar has been floating in the headlines, after announcing he is bisexual on the DNR Studios podcast, The Adam Sank Show, on August 22, 2022.

The former American Idol contestant was born on February 26, 1987, in Bothell, Washington, the United States. As of 2022, Shyamali is 35 years old holding an American nationality.

She was born to her father, Vasudeva Malakar, who was a Bengali Indian immigrant, and her mother, Jillian (Recchi) Blyth, who was of Italian, Dutch, English, and Irish descent. So, she maintains mixed ethnicity. Unfortunately, his parents separated when he was three years old.

Likewise, she has a brother named, Sanjaya Malakar.

On September 19, 2006, Malakar, a shy Seattle native, auditioned for American Idol alongside her brother, Sanjaya Malakar.

Simon Cowell, the then judge commented that Sanjaya had a better voice than Shayamali. Both

Though sister Shyamali was knocked out during the Hollywood week the then 17-year-old teen was praised by judge Simon Cowell.

Since her appearance in the show, Shyamali stayed out of the limelight by maintaining a private life.

After her elimination, her brother continued to sing other songs like, ‘Some Kind of Wonderful, ‘Ain’t No Mountain High Enough, ‘You Really Got Me, and others. For his next performance on March 27, 2007, he sang No Doubt’s Bathwater.

On April 10 in the Top 8, he sang, “Bésame Mucho” and continued to enter in the Top 7, following his performance on the April 11 results show.

He performed, ‘Something to Talk About‘ prior and got in the bottom three lists. Unfortunately, on April 18, 2207, he was eliminated in 7th place. Later, he performed in the finale of the American Idol Season 6 along with other top six males.

After Idol, he guest-starred in many television shows and has been commonly parodied in popular culture. Even he finished fifth on the reality tv show, I’m a Celebrity…Get Me Out of Here.

As per the sources, the net worth of former, American Idol contestant, Shyamali is estimated to be around $1ooK USD.

Other details of her salary, and income are yet to be revealed.

What is Shyamali Malakar’s Height, Weight?

Shyamali Malakar stands at a normal height and weight. Moreover, her physical features include, a brownish complexion along with a pair of brown eyes and chocolate brown hair.