Sian Heder is a famous American writer as well as filmmaker.

Sian Heder is happily married to actor and producer, David Newsom. They have two children. The duo is very much in love with each other and has created a small family of their own. However, the date of their wedding is unknown at the moment. 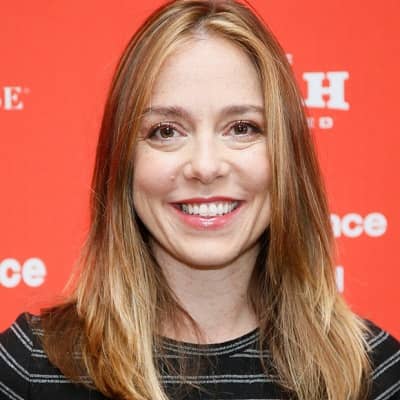 Who is Sian Heder?

Sian Heder was born on 23 June 1977, so currently, she is 43 years old. She was born and raised in Cambridge, Massachusetts, United States. Hence, she holds American nationality and belongs to Hungarian- Welsh ethnicity as her parents are from different countries. Further, she falls under the sun sign of Cancer.

Talking about her parents, she is the daughter of artists Mags Harries and Lajos Heder. They both are immigrants, Mag harries is from Wales and holds Cardiff, Welsh nationality and Lajos Heder is from Budapest, Hungary and holds Hungarian nationality. She also has a sibling named Thyra Heder. Thyra is an author of Children’s books. Sian had a very supportive and loving childhood.

Concerning her educational background, she attended her school from Carnegie Mellon School of Drama and also graduated from the same university, Carnegie Mellon University. She completed her studies in Bachelors of Fine Arts (BFA). After that, she moved to Hollywood to be a screenwriter and an actress.

Sian Heder is currently working as a screenwriter and filmmaker. She relocated to Hollywood to pursue her dream while working in a Nanny agency. She got inspired by her experience in the agency which led her to produce her first short film ‘Mother’.

Heder first short film received many awards. In 2005, the script for Mother was selected out of 8 to be awarded a fellowship for the prestigious American Film Institute’s DWW(Directing Workshop for Women).  Ever since then, her work has been further chosen to show up in competition at Palm Springs International Festival of Shorts and the British Film Institute’s London Film Festival.

Heder has written many films and won many awards as well. Men of a Certain Age is one of her popular works. She has written and directed a short comedy, Dog Eat Dog in 2011, featuring Zachary Quinto. Its main motive was to raise awareness for pet adoption. Moreover, she wrote season 1 to 3 of the Netflix original series ‘Orange Is the New Black’ but took a break from it to direct another one of her famous films ‘Tallulah’.

Tallulah was directed in 2015, casting Elliot Page and Allison Janney, is also one of her well-known creations. Tallulah was supported by Route One Entertainment, Maiden Voyages Pictures, and Ocean Blue Entertainment. Netflix received worldwide rights to stream Tallulah in January 2016 and was released on July 29, 2016. As of 2021, she directed the film CODA which was released on January 28, 2021, and has premiered at the Sundance Film Festival.

Sian Heder is a Talented writer and director. She earns a net worth estimation of $1 million -$5 million as of 2020. Her main source of income is her profession as a writer and filmmaker. The information on her salary and assets is not available as of yet.

Even though Sian is a popular writer and filmmaker, she has not once been involved in unnecessary rumors or controversies. She seems like a person who wouldn’t care much about these kinda rumors and false information.