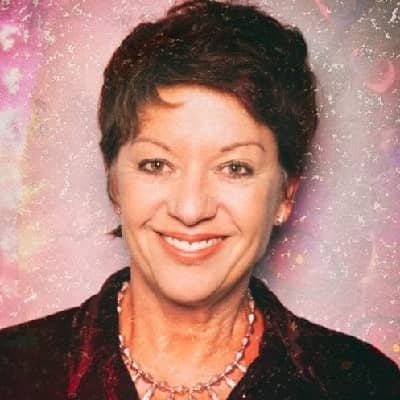 What is the relationship of Sibylle Szaggars?

Sibylle is presently married to an American actor, Robert Redford.

Szaggars is 21 years younger than Robert. The duo resides on a farm in Utah which is owned by her husband, Robert.

Robert has four children from his past relationship with  American historian, Lola Van Wagenen.

Their son James Redford died on October 17, 2020, due to cancer while another son Scott Redford died an infant at two and half months old.

The couple doesn’t share any children. She is the stepmother to Shauna Jean Redford and Amy Hart Redford.

Sibylle was firstly was married to Carl-Heinz Szaggars in the year 1975. They divorced in 1980.

She had also married Friedrich Kurz. He is a music producer. However, there are not any details about their marriage. However, the couple gets separated even after being together for a decade.

Sibylle Szaggars is a German painter who specializes in environmental arts. Her artwork has been featured throughout many countries.

She is also more popular for being the second wife of 2-time Academy Award-winning actor Robert Redford.

The painter was born on 14 April 1957, in Hamburg, Germany. She grew up with German nationality and belongs to Caucasian ethnicity.

Sibylle spent her childhood in Hamburg along with her family. She is quite secretive about her family background and hasn’t revealed their names.

Sibylle was interested in sketching and painting since she was a child.

Szaggars started her career in the early 1980s. In her initial days, she rents a warehouse and established her first painting studio. She organized her first group exhibition at the ‘Gallerie in Theatre Operrettenhaus’ in Hamburg in 1989.

No later, she gained success and has worked in different cities such as Salt Lake City, Lima, Tokyo, and so on. Her most popular and appreciated work was an Exhibition in San Franciso in the year 2001. Moreover, the artist has participated in more than 20 group exhibitions and 15 solo exhibitions.

Sibylle then started experimenting with various rain and watercolor from the summer of 2010. She has then designed various water and oil paintings. Furthermore, she also runs a non-profit organization, The Way of The Rain Inc. It was founded in 2015. She works there as a president and artistic director.

Being active in the art career for more than 4 decades, Szaggars has also collaborated with many composers and musicians. She has also been part of the staged art performance pieces for “The Way of the Rain”.

Szaggars has amassed a net worth of around $2 million as of 2022. Similarly talking about her husband Redford, he owns a $200 million net worth.

The couple sold Napa Valley’s 10-acre estate for $7 million in January 2019. They now reside in their Sundance, Utah home.

She maintains a low-key profile about her personal life. And so there are no rumors or controversial news about her in the media.

Even in her 60, she looks stunning with her dark brown hair and eyes.

Sibylle has accumulated over 2.6K followers on her Facebook page. Likely She doesn’t seem to have an official account on other social media sites.