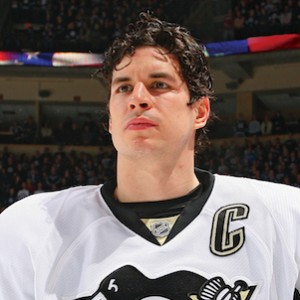 Individual honors and scoring championships are great, but my No. 1 goal is to win the Stanley Cup

For me, I've learned that the best thing is to focus on the team you play for and yourself and what you need to do.

Sidney Crosby is 29 years old Canadian Ice Hockey Player. He is in a relationship with Kathy Lautner. Sidney Crosby has kept his personal life profile low. There isn’t any information about his past relationship and affairs.

Who is Sidney Crosby?

Sidney Crosby is a Canadian professional ice hockey player who serves as a caption of the Pittsburgh Penguins of the National Hockey League. His nickname is “Sid the Kid”.

Sidney Crosby was one of the most highly-regarded drafts picks in hockey history, he has led many to refer to the 2005, Draft Lottery as the “Sidney Crosby Sweepstakes.

Sidney Crosby was born on August 7, 1987, in Halifax, Nova Scotia, Canada. He got a Knack for hockey at a very early age. He has shoot pucks in the basement when he was just two years old and putting numerous dents in the family dryer.

His father was a goalie. In 1984 his father used to play major hockey with the Verdun Juniors and became the 12th round draft pick of the Montreal Canadiens. The year later when Sidney Cosby was just over three, he had donned his first pair of skates and taken to the ice.

By the age of seven, he was already known to the local sports press for his hockey prowess. In 1997 he scored 159 goals in 55 games playing hockey in Atom and he had finished the season in Cole Harbour Nova Scotia with a whopping 280 points. During the 2001, hockey season, he played in both a Tier II junior league and AAA midget hockey in Dartmouth, Nova Scotia.

Sidney Crosby and his family wanted him to play major junior hockey in his hometown of Halifax as an underage player. From age 12 to 15 he attended Astral Drive Junior High School. He was a straight-A student. Later on, he chose to play hockey at a high school in the United States after he wasn’t allowed to play for the Halifax Mooseheads of the Quebec Major Junior Hockey League.

Sidney was drafted first overall in the midget draft by the Rimouski Oceanic of the QMJHL. He was very impressive as a QMJHL rookie during the 20030 to 2004 season. He had played a total of 59 games, scoring 54 goals along with 84 assists for 135 points. He was also invited to play for the Canadian Junior Hockey Team.

He became the youngest player to ever score a goal in the World Junior Champions. He was considered the best hockey prospect in the world and was sure to have a tough season with the whole league gunning for him.

In 2005, National Hockey League Sidney Crosby scored 11points that the 5 tournament games and solidified his position as the best hockey prospect. He has won the Gold at 2005,  World Junior Championships, and later was named to Team Canada for the 2010 Winter Olympics In Vancouver. Later on, he has led his country to gold in the World Championship in Prague.

Sidney Crosby’s net worth is $30 million.