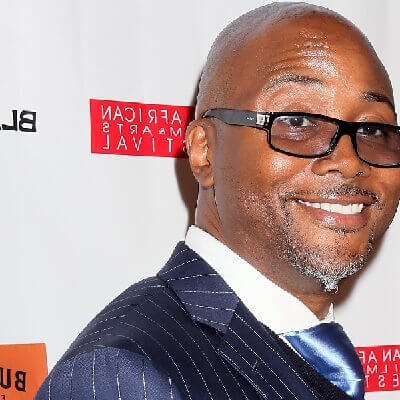 Sidney Hicks is a married man. He is married to American comedian and Academy award-winning actress, Monique Angela Hicks, better known as Mo’Nique.

The couple dated for a while before getting married. In October 2005, Monique gave birth to Sidney’s twin sons, Jonathan, and David. After around a year, on 20 May 2006, the couple exchanged wedding vows. In a New York Times profile, she mentioned that she and her husband have an open marriage. She explained;

“We have an agreement that we’ll always be honest, and if sex happens with another person, that’s not a deal-breaker for us, that’s not something where we’ll have to say, ‘Oh God, we’ve got to go to divorce court because you cheated on me.’ Because we don’t cheat.”

Later, she repeated her view on The Oprah Winfrey Show;

“I’ve had to sneak and I’ve had to lie, and I don’t want to do that anymore. But my husband is so awesome and so fine and so—oh, girl…No other man can compare”.

She has also revealed that it was her idea from the beginning.

Who is Sidney Hicks?

Sidney Hicks is an American actor and producer. He is well-known for his work in ‘Blackbird’, ‘Interwoven’, and ‘Mo’Nique & Friends: Live from Atlanta’. He came in the limelight as the husband of  American comedian and Academy Award-winning actress, Monique Angela Hicks.

There is no information about her educational background. He has not revealed anything about which school or college he went to.

His first movie, Blackbird was released theatrically in 2015. It is a drama film directed by Patrik-Ian Polk and starred his wife, Mo’Nique and Isaiah Washington. His wife starred as Claire Rousseau in the film adapted from the novel of the same name by Larry Duplechan. Unfortunately, the movie was a flop and received negative reviews from critics upon its release. The Rotten Tomatoes’ critics rated it only 25% and IMDb rated it 5.5.

His next movie Interwoven was received well by the critics. Also starring his wife Mo’Nique, it is a drama interweaving thirteen true-life stories to create one tale of the fragile ties which connect us all. In the drama, the cast members portray their own personal stories and share their personal experiences with suicide, death, homelessness, and addiction. The movie won the Audience Choice Award at the Beaufort International Film Festival, US, and Narrative Feature at Garden State Film Festival.

His latest work, Mo’Nique & Friends: Live from Atlanta was a comedy show. Along with his wife, Monique several other comedians such as Prince T-Dub, Just Nesh, Tone-X, Correy Bell, and Donnell Rawlings starred in the show.

How much is Sidney Hicks’ worth?

Sidney stands tall at a height of around 6 feet. He has dark brown hair and black hair which he prefers to keep shaved. There is no information about his weight and other body measurements.

The actor has not involved in any controversies. He has been able to keep himself away from any type of controversy and scandal. So far, he has not done anything controversial in his acting career. Similarly, there are no rumors about him of any kind.

You may also like to read the Bio, Career, Body Measurements, Net Worth, Social Media, Relationships, and more about Lee Daniels, Desi Perkins, Mo’Nique, and more.