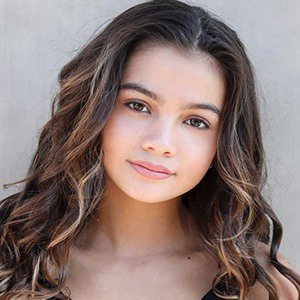 No one sees the perfect con coming, especially inside their own home.

Siena Agudong is currently in a relationship. She is dating a dancer, Connor Finnerty.

He has worked with famous artists like Meghan Trainor, Derek Hough, and Zac Efron. The pair began dating since 2018 and they are sharing a very strong love for each other. Hope, they will soon tie their knot.

Siena Agudong is an American actress who is best known for her appearance as a recurring role in the ABC’s ‘Killer Women’. She also made her big-screen appearances in ‘Nicky’, ‘Alex & Me’, ‘No Good Nick’, and many more.

She was born on August 19, 2004, in Hawaii, USA. her birth name is Siena Nicole Agudong and she is currently 14 years old. She has very supportive parents. Her mother’s name is Karen and her father’s name is Kenny. Siena has a sister named Sydney.

She is an animal lover and she loves dancing, singing, and playing drums. She also loves to walk on the beach with her family.

Siena holds American citizenship and her ethnicity is a mix of Filipino, English, German, Irish, and Scottish.

Talking about her education history, she has not disclosed information regarding the educational institution’s names.

Siena Agudong began her acting career after stepping in the leading role of Lulu Parker in the ABC’s hit series ‘Killer Women’. She got a lot of positive responses from her followers.

After that, she has made her appearances in ‘Nicky, Ricky, Dicky & Dawn’, ‘Star Falls’, and Netflix’s ‘No Good Nick’. In 2018, she was featured as the leading role film titled ‘Alex & Me’ which is an inspirational soccer movie about a teenage girl working hard to pursue her dreams.

Similarly, she has created her own comedy webisodes which she uploads on her own YouTube channel.

She was nominated for Young Artist Award in the category Best Performance in a TV Series – Guest Starring Young Actress 10 and Under for ‘Nicky, Ricky, Dicky & Dawn’ in 2016.

She was also nominated for Young Entertainer Award in the category Best Recurring Young Actress-12 and Under for ‘Nicky, Ricky, Dicky & Dawn’ in 2016, and also nominated several times in her career.

She has an estimated net worth of around $500k and she has earned that sum of money from her professional career. She is in the beginning phase of her career and it is expected that her net worth will rise in the future.

She has not been involved in any undesired rumors and controversies which could hamper her carer. Siena has been successful in maintaining her celebrity status.

Siena Agudong has a height of 5 ft. and weighs 43 kg. Siena has dark brown eyes and brown hair. Her body measurement is 28C-22-30 inches.