Sierra Deaton is currently in a relationship. She is dating Luke Hemming since 2018. Her boyfriend, Luke is a singer. Initially, they kept their relationship secret and later started sharing photos together. The pair seems happy with each other.

Previously, she dated her singing partner Alex Kinsey with whom she met for the first time in high school in 2009. After that, they began dating in 2011 but separated from each other in 2017. 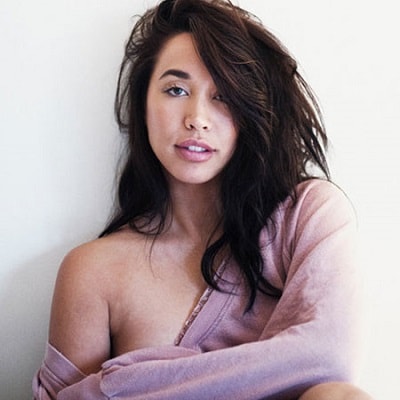 Who is Sierra Deaton?

Sierra Deaton is an American singer who became famous as half of the pop group Alex & Sierra after winning the final season of The X-Factor in 2013.

Sierra holds American citizenship but ethnicity is a mix of Caucasian and Asian.

She attended the Lake  Howell High School and then joined the University of Central Florida located in Florida and graduated from there.

She began her career as a singer after participating in The X-Factor along with her then-boyfriend Alex Kinsey in 2013. The couple gave their auditions and got selected. They sang famous songs like You’re The One That I Want and won the heart of their judges.

Their performance gained more and more support and became internationally recognized. They made their way to the final round and they sang three songs ‘Give me Love’, ‘Say Something’, and ‘Bleeding Love’ with Leona Lewis. Then after singing ‘All I Want For Christmas Is You‘, the pair have announced the winners of season 3 on December 19, 2013.

After the finale, the pair released their first single ‘Scarecrow’, and then other singles like  ‘Just Kid’, ‘Bumper Cars’, and ‘Here We Go’. Moreover, they also released their extended play on September 30, 2016.

Both, Sierra and Alex are still doing very well in their career after their separation as well.

She along with her then-boyfriend, Alex won The X-Factor season 3 on December 19, 2013.

She has an estimated net worth of around $10 million and she has earned that sum of money from her professional career. In addition, she has received $1 Million along with the heavy prizes with her partner Alex from the contract with Sony Music.

Sierra has not been involved in any rumors and controversies in her professional and personal life.

Sierra Deaton has a height of 5f ft. 3 inches and weighs 56 kg. She has black eyes and black hair. She has a curvy figure and has an attractive personality.