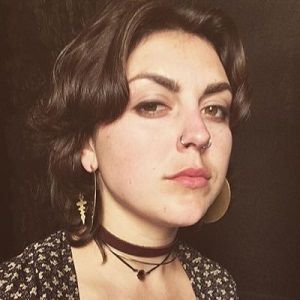 Sierra Kay’s current relationship status is not known. But in the past, she has been into three confirmed relationships. Sierra dated Shane Crump in 2011.

Shane is a musician. Some of his hit songs are Seduction, Annabel, and The Thespian. From 2008, she started hanging out with vocalist, Gabe Saporta. Together, they spent for around two years. Then sadly in 2010, they separated and went on to different ways.

As per many sources, she was in an alleged relationship with Blake Harnage from 2004 to 2008. They were in a cute relationship for around four years. Blake is a singer/songwriter who songs like Fixed at Zero, and Toxic was loved by fans.

Who is Sierra Kay?

St. Petersburg-born Sierra Kay is a singer/vocalist. Additionally, he is also a model. She is an American citizen. Notably, she is a prominent figure in the media for singing in the band, VersaEmerge.

Sierra Kay was born on December 18, 1990, as Sierra Kay Kusterbeck. She was born in St. Petersburg in the state of Florida. Music fascinated her from her childhood.

She took several music classes during her early life. During her entire childhood and her early teenage, she grew up in her hometown. Presently, she does not want to reveal her ethnicity and details about family background.

For her education, she chose to study music. Therefore, she attended arts-centric PCCA Gibbs High School where she took musical theater as her major. She studied there for three years. Later, she left to focus on her musical career.

Sierra Kay started singing since her childhood. Professionally, she is active since 2007. Sierra became famous after joining the band, VersaEmerge in 2007. Previously a year before she joined, she sent a recording of her singing as for audition to join the band. Later, the founding member of the band, Blake Harnage welcomed her in the band as a vocalist.

Afterward, on July 2, 2008, they released their first EP with Sierra named, Perceptions. It consisted of 7 tracks. Then later in 2008, the band signed the deal with Fueled by Ramen, a record company. The next year, they launched their second EP, VersaEmerge in 2009 with Furled by Ramen.

Furthermore, on June 22, 2010, the band released their debut studio album, Fixed at Zero. There are 12 songs with 4 more bonus songs in the deluxe album edition.

Additionally, they put out more EPs like Another Atmospheric Review in 2012 and Neon in 2014. In 2015, she left the band. Subsequently, in 2016, she went on to form a new band called “Neaux” with Nick Fit. The same year, the band released the debut studio album, Fell Off The Deep End.

Previously in 2011, she modeled for the shoe line, “The Brash” for the discount retailer of shoes named, Payless. As of now, she has not released any details on her salary and net worth.

Sierra Kay is famous which brings her close to controversies in the media. But she likes to stay away from any controversial topics.

Additionally, she keeps herself far from any criticism and rumors by living a low key life. Subsequently, she is not part of any rumors or controversies as of now.

Sierra Kay likes to maintain her body. While she has a height of 5 feet 4 inches, her weight is around 54 kg. Similarly, she has a slim body figure. Beautiful Sierra Kay has dark brown eyes. Similarly, her hair is also of dark brown color. And her shoe size is 8.

Lindsey Gunnulfsen is active on all sorts of popular social media platforms. Presently, she has more than 63k followers on Twitter. Additionally, more than 24.4k and 50.4k fans follow her on Instagram and Facebook respectively.