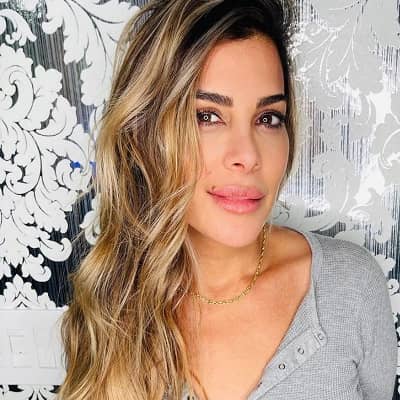 Siggy Flicker is married twice. Her first husband was Mark Flicker and they exchanged vows in 1997.

Together they had two children, Sophie Flicker (daughter), Josh Flicker (son). But this marriage ended with a divorce in 2007.

After this, Siggy wedded Michael Campanella in 2012. Her current spouse is a car salesman.

Who is Siggy Flicker?

Siggy Flicker is an Israeli TV star, author, plus relationship expert. She appeared in seasons 7 & 8 of Bravo TV’s show The Real Housewives of New Jersey.

She is also seen in another show titled Why Am I Still Single?

She was born Sigalit Paldiel on 01 June 1967 in Israel. The name of her father was Mordecai Paldiel and her mother was Rachel Mizrahi.

Siggy Flicker, since 20 years is a matchmaker and has her own relationship show Why Am I Still Single? This show was aired in VH1 in Oct 2011 and is still running.

She also gained fame by appearing in The Real Housewives of New Jersey. Her appearance in the show’s seasons 7 and 8 is loved by the viewers.

Her other featured TV shows are The Wendy Williams Show, Good Morning America, Dr. Phil, and more. Her podcast Just Sayin’ broadcasts once in a week.

Siggy has also published a book in 2015. The publication was titled Write Your Own Fairy Tale: The New Rules for Dating, Relationships, and Finding Love on Your Terms.

She earned an estimated net worth is $4 million at present. Her salary from her career is not calculated.

Regarding Siggy Flicker’s body features, her height is 5 ft 4 inches and her body weight is 57 kg. Moreover, the color of her eyes is brown and her hair’s color is brown.

Siggy did a facelift surgery and also she did breast implants.