Skip to content
Married Biography
Married Biography / Entertainment / 'Oh, this is mine and it’s not yours.' says Sign of the Times singer Harry Styles on his sexuality! Is he straight, gay or bisexual?

‘Oh, this is mine and it’s not yours.’ says Sign of the Times singer Harry Styles on his sexuality! Is he straight, gay or bisexual? 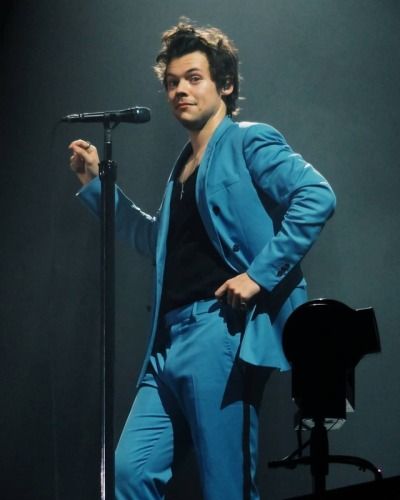 Harry Styles’ honest nature seems to amaze as well as impress his fans and well-wishers. The talented singer seemed to be confident and brutally honest in a recent interview.

Harry Edward Styles is an English singer, songwriter, and even an actor. Follow for more details about his latest interview.

The reply in regards to his sexuality

The response of the “Cherry” singer was extremely honest without any hesitation with The Guardian. He talked about his sexuality being bisexual.

Similarly, when there were so many questions that arose, Harry initially made clear that he is not hiding any details about his sexual orientation. Specifically, he does not want to do so. The well-known celebrity claims that if he is not telling anything in public, it’s because he does not want to.

Particularly, he said that he was not conscious of what others thought about him. The star truly did not care about any rumors or controversies. He tried to indicate that caring about the controversies does not make sense. Furthermore, he did not want to be on one of the interesting topics.

“Am I sprinkling in nuggets of sexual ambiguity to try and be more interesting? No,”

Also, read about Cynthia Bailey’s daughter Noelle Robinson coming out as gender fluid! Is her mother in acceptance of her sexuality?

To conclude, the member of the ‘One Direction’ confessed that the attires he chooses for himself do not describe if he is straight or bisexual. Similarly, the main objective for him to dress up differently is just to look cool.

Sexuality is something fun for Harry Styles. He chooses to love himself and his business. Maybe, he should not be pressured to present it publicly.

Importantly, when the former One Direction member was questioned about his relationship, he did not want to share. The press asked him why he only dates celebrities to the date. The audience wanted to know the reason for not dating any non-celebrities.

Clearly, Harry Styles did not show much interest in elaborating the answer to these kinds of questions. The handsome hunk said that he has his own life which the public does not know about. He avoided talking more in detail concerning the reason for the fact.

Also, read about Ex-member of One Direction, Harry Styles, and his four nipples!

Furthermore, Harry Edward Styles was born on the 1st of February 1994. Professionally, he is a singer, songwriter, and actor. The singer’s birthplace is in Redditch, Worcestershire. He was born to Anne Cox and Desmond “Des” Styles, who worked in finance. Talking about his childhood, he was brought up in Holmes Chapel, Cheshire after his parents shifted there with his older sister as well. His older sister’s name is Gemma.

Moreover, the musical star initiated his musical career in the year 2010. In 2010, he auditioned for the British singing competition “The X Factor”. More Bio…