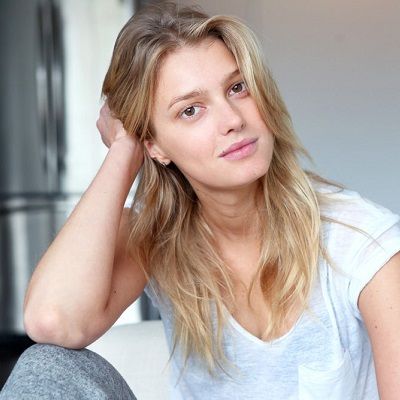 I'm from an island, so I've always been near the water

Every time I come home, it is the same great pleasure to lie down in my bed

Sigrid Agren is currently single. She hasn’t been engaged before. There is no information about her relationship as she hasn’t revealed much of her personal life.

Who is Sigrid Agren?

Sigrid Agren is a French Model who is renowned for her appearance in the 2006 Elite Model Look competition. Her taste of fashion can be seen as a French-Swedish portrayal.

She is being listed in the ‘Industry Icons’ and ‘Money Girls’ from models.com. She has also made her appearance in famous magazines like Vogue Paris, Harper’s Bazaar and Numero.

Agren was born on born 24 April 1991, in Martinique, France to a Swedish father and a French mother. Her birth sign is Taurus. In 2004, she entered the Elite Model Look contest in France when she was just thirteen. She won the contest and entered the finals in Shanghai.

She studied ballet as a kid.

Agren started her career in modeling when she was 13, by contesting in the Elite Model Look contest held in Paris. In 2008, she signed with New York Model Management. She performed her first runway by closing the Prada Resort show.

She has also closed for Prada, Costume National and Louis Vuitton and opened for Shiatzy Chen, Karl Lagerfeld, Alexander McQueen, and Shiatzy Chen. Agren also earned the face of Prada for the Spring/Summer 2009 season and also the face of Armani Jeans and Nicole Farhi.

She has made her appearance for famous designers like Versace, Ralph, Lauren, Jil Sander, Armani, and Christian Dior. She was featured in famous magazines like Vogue Paris, Harper’s Bazaar and Numero and also in the shows of Valentino, Pucci. Karl Lagerfeld and Marni. In 2009, she earned 10th spot on the Top 50 models women list.

Sigrid Agren’s net worth is estimated at $500 thousand. Most of her income is from being a successful model. The average salary of a model is around $49,000 annually.

There are no rumors regarding Sigrid Agren.

Agren’s height is 5 ft 9 inch and her weight is 52 kg. She is a gorgeous model with blonde hair and light brown eyes.