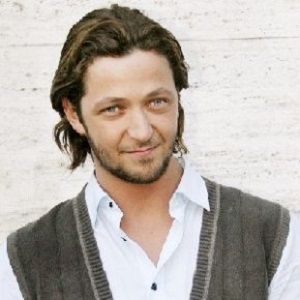 Who is Silvio Muccino?

Silvio Muccino is a famous Italian actor and film director. He has also established himself as a popular screenwriter. He is best known for his works in the Italian movies But Forever in My Mind (Come te nessuno mai) (1999) and The Card Player (2003).

Silvio was born on April 14, 1982, in Rome, Lazio, Italy. He is an Italian by nationality and is of Italian ethnicity.

He is the son of Italian parents Luigi Muccino(father) and Antonella Cappuccio(mother). His mother was a costume designer. He has a brother and a sister named Gabriele Muccino and Laura Muccino respectively. His brother is a movie director and his sister is a casting director.

He was trained at Rome’s Arts High School and after graduation; he enrolled at the Arts Faculty of Rome’s La Sapienza University.

Silvio began his career in the Italian cinema playing roles in his brothers’ movies. He made his debut in acting in 1999 playing a lead role in the Italian film But Forever in My Mind (1999).

After that, he appeared in CQ (2001). He played a lead role in Remember Me, My Love (2003) for which he earned a huge appreciation. After his beginning with his brother, he began acting in bigger movies. He appeared in a lead role in The Card Player (2003). Since then, he has appeared in several big Italian movies including Manuale d’amore (2005), Il Mio miglior nemico (2005), and Parlami d’Amore (2008).

His movie Un Altro Mondo (2010) became a big hit in 2010. He has also contributed as a screenwriter in the Italian film industry. He made his debut as a director in 2008 with the movie Parlami d’amore. Since then, he has directed a number of films in his career.

Silvio Muccino: Salary and Net Worth

His salary and net worth have not been revealed yet.

There is no rumor of him being in any love affair at this time and he has never been in any controversy till now.

Silvio has the height of 6 feet. He has a dark brown hair and pair of blue eyes. Furthermore, his body weight is not known. Also, there are no details on his body measures.