Simon Ambrose is a married man. However, his wife’s identity is behind the curtain.

Together, they have a son whom they prefer to call little Loe.

His Instagram posts suggest that he loves to travel a lot with his family. He is fond of dogs and shares his space with a pet dog. 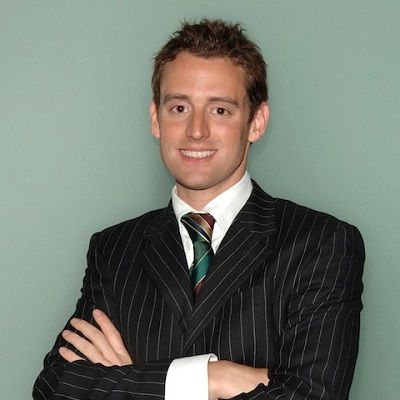 Who is Simon Ambrose?

He is the Proprietor of the companies Hoxton Basement and The Victorian Vaults.

Simon Ambrose was born in 1980 in London, United Kingdom. His father, Russell Ambrose is the founder of a chain of Laser eye surgery clinics, Optimax. His grandfather is a successful Jewellery entrepreneur.

He has a sister, Caroline Ambrose who was a charity volunteer.

In 2014, Caroline Ambrose died of phenomena at George’s hospital. Previously, she was admitted to the Royal Hospital in Putney. She was admitted in May 2011, after being hit at Wembley Central Station. In the incident, she suffered from brain damage.

Prior to that, she was in Cygnet Hospital, Harrow under the observation of doctors. Nurse, Mberi allowed her to take a trip which Carolie request for it a lot. During the trip, she train accident took place.

He attended Westminster School in London for his primary education. At the age of 13, he became a member of Mensa by earning 174 scores in IQ tests. Later, he graduated from Magdalene College, Cambridge with Honors in Economics.

Later, in 1997, he joined the University of Cambridge and earned his Master’s degree with Honors in Economics after three years. Following that, he joined CFA Institute.

– In July 2002, he started his career was the analyst for Pan European Equity Markets. He was also Stock Broker and Junior Product Manager for the company. He continued his job in the company for 2 years and 7 months.

– In 2004, he appeared as the contestants for the reality show, The Apprentice. He became the winner of the show by defeating his fellow finalist, Kristina Grimes.  In the show, businessman Alan Sugar keenly observed him.

– Following the show, he was hired as Surveyor to Ambrose Property Services. At the time, he was the charge of the project which involve developing a Hotel and golf course near Stansted Airport. He continued the job till 2012. In 2007, he was appointed as Estates Manager for Amsprop Estates Ltd.

– In August 2010, he founded the London based nightclub, The Victorian Vaults. After three months, he became the board member of BlueSigma Capital Ltd. In October 2011, he joined the pub and dining room on Chelsea Green, Red House as a partner. However, he left after 2 years and 9 months.

In 2007, As the winner of The Apprentice, he received  £100k which is equivalent to $130k. Apart from that, he also earns through his business ventures.