Posted by MarriedBiography Posted on October 27, 2020 | In Child , Married
Share this 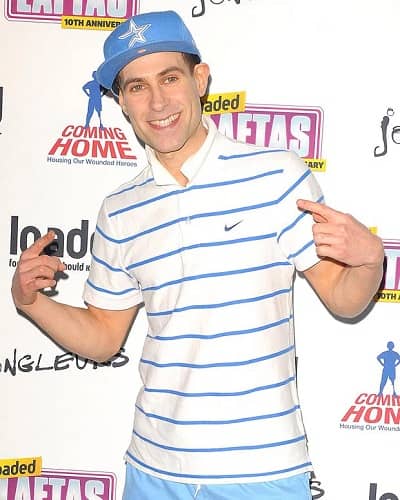 His recent comedy work includes Comedy Central at the Comedy Store, Chris Ramsey’s Stand Up Central, The John Bishop Show, Tonight at the London Palladium, Live at the Apollo, and others.

Also read Who is Gina Kirschenheiter dating at present? Know about her married life with ex-husband Matthew Kirschenheiter, net worth, social media, biography

Simon Brodkin was born on 29th September 1977 in London, England. He is 43 years old at present. Brodkin studied at the independent University College School, Hampstead in the London Borough of Camden. Similarly, he studied medicine at the University of Manchester and graduated in the year 2001.

Simon practiced medicine in the Manchester city hospital till the year 2007. He is from a Jewish family. His mother banned him from doing stunts. He said,

“Coming from a Jewish family, my mum had that typical reaction, ‘What are you trying to do to me? First you’re a doctor, then you give it up to be a comedian, now you’re getting arrested. You’re giving me a heart attack.’”

Simon Brodkin is a married man. But he has kept his married life private. In his interview, he said,

“I’m not a serious person and everything I do is knockabout, whether it’s with mates or with family. My wife did really visit America and I did kind of go, as I say onstage, that the week she was away I realised that behind my back for the last nine years, that she’d being doing all the childcare.”

“We would all be going out and drinking far too much and being silly and I would pretend to be other people. The night I met my wife I think I was Spanish pretty much the whole night. She thought I was from Barcelona and I had to reveal I was English the next day.”

Simon has two children as per sources. He shares videos of his son on Instagram.

Also, he has a YouTube channel with 23.1k subscribers. He first uploaded a video on 21st November 2012 which was titled Lee Nelson on Loose Women. He runs The Simon Brodkin Show which he uploads on YouTube. 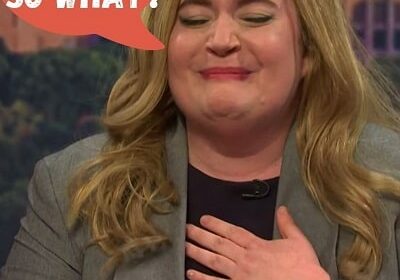 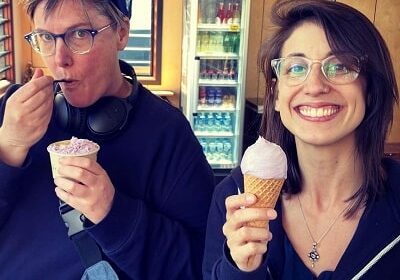