Simon Huck kept his personal life private and out of the spotlight. He usually doesn’t talk about his private life in the media and public. 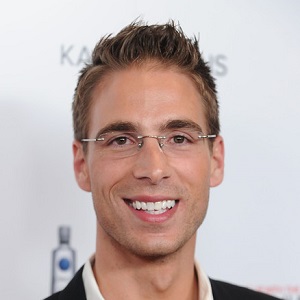 Who is Simon Huck?

Simon Huck is a Canadian TV personality plus a businessman. He is mostly known as the owner of the public relations firm Command PR.

His company has represented high-profile names in the entertainment industry. He was seen in a reality TV series called The Spin Crowd (2010).

He was born on 5 Nov 1982, in Ottawa, Ontario, Canada. He holds an ethnicity of Caucasian.

There is no information about his father, mother, and siblings. His education is from Canterbury High School of the Arts.

Simon Huck moved to New York City in 2003 to start his career in business.  He joined Command PR in 2005. After working with the company for five years, he became a partner at Command PR in 2010. In 2010, he began his own reality TV show on E! called The Spin Crowd.

In 20123, Simon became the Principal owner of Command PR after buying Jonathan Cheban’s share of the company. His company was re-launched as Command Entertainment Group in 2017, in recognition of its multidimensional service offerings within the entertainment and PR landscapes.

He has appeared on several TV shows such as Keeping Up with the Kardashians, Kourtney and Khloe Take Miami, and Kourtney and Kim Take New York.

This TV star and businessman’s estimated net worth is $10 million. Simon purchased a house in Montauk, Long Island for $2.2 million in 2014.

He also another home at Hampton Beach.

Rumors are that Simon is the boyfriend of Kortney Kardashian. He has a very close family relationship with the Kardashian family, so the dating rumors might not be true.

Simon Huck is 6 feet 4 inches tall and weighs around 72 kg. His other body measurements are unavailable.

His eye color is hazel brown and his hair color is brown.

Simon is very active on social networking sites. But he is not active on Facebook.

Kourtney Kardashian said she loves Travis Barker more than anything on his 46th birthday!