Simon Nessman is a Canadian model. He is single. He has modeled for several brands like Calvin Klein, Lavin, Ralph Lauren, and Yves Saint Laurent.

Reflecting on a personal life of Simon Nessman, he is possibly single. Although his career took on a successful path her love life couldn’t do so. Previously, he was in a romantic relationship with Tammi Maxwell in 2008 but their relationship couldn’t last for long and they broke up in 2010.

Then he was in a relationship with Gillian Staples in 2010 which also didn’t last for long. There isn’t any other information regarding his love life that we know of. His personal life isn’t in the limelight as his career path is. There isn’t any solid proof which leads towards his married life and children. Being a celebrity, his fans are always curious to know more about him. 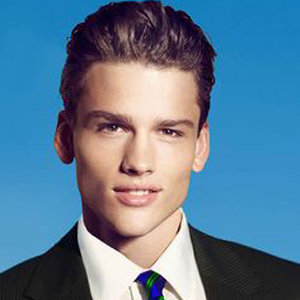 I have a gigantic head, sometimes it throws me off balance

Fall in love when you are ready, not when you’re lonely.

Who is Simon Nessman?

Simon Nessman is a Canadian model. He has modeled for several brands like Calvin Klein, Lavin, Ralph Lauren, and Yves Saint Laurent.

The son of Carolyn Ireland and Ron Nessman, Simon Nessman was born in Courtenay, British Columbia on 5 November 1989.

He has Canadian nationality and he is of Australian and Scottish ethnicity. Nessman studied at Georges P Vanier Secondary. He received an offer to join The University of The Fraser Valley and Quest University and he chose to join the Quest University in Squamish.

Talking about the career journey of Simon Nessman, he was first discovered as a model after a friend of his sister sent in pictures of him to model scout Kelly Streit of Mode Models in Canada. In his teenage, he has already begun his modeling career. He was ranked as the most in the industry by models.com in 2011. At the age of 17, he signed with the famous Model Management and started working with Weber for Vogue. He appeared in Vogue, Details, Numéro, V Man, and L’Officiel Hommes.

He has walked in shows for Salvatore Ferragamo, Roberto Cavalli, Tommy Hilfiger, Emporio Armani, Viktor & Rolf, Lacoste, DSquared², Narciso Rodriguez, and Michael Kors. His success in the career path has paid him well financially. Although it’s hard to put up an annual actual salary in the figure, his net worth is estimated to be $10 million.

He has a height of 6 feet 2 inches with a bodyweight of 82kg. He has hair color dark brown and his eye color is also dark brown. His shoe size is 12 US.

Also get to know more about the birth facts, education, career, net worth, rumors, height, and social media of different personalities like Nick Bateman, Ivy Matheson, and Andi Muise.