Simon Van Kempen is a lawyer, businessman, and TV personality who was on The Real Housewives of New York City. 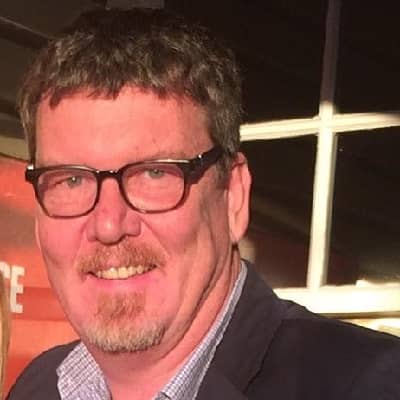 Simon Van Kempen is a happily married man and a father of two children. He got married to television personality and actress Alex McCord. In 1999, he met Alex for the first time when he came to NYC on a three-week business trip.

Soon after the couple fall in love and got married on the 28th of May 2000. The couple is blessed parents of two sons. In October 2003, the couple welcomed their first child named Francois van Kempen.

Who is Simon Van Kempen?

Simon was born on March 14, 1964, in Brisbane, Australia. He is the son of Francois Johan Walter van Kempen (father) and Elaine van Kempen (mother). Also, he has a brother named Adam van Kempen.

Talking about his academics details, he completed his high school in Brisbane and Sydney. Afterward, he acquired his associate degree in law from Southern Cross University in the year 2019.

As per his wife, Alex, Simon wants to pursue law since he was 18 but chose the hotel and hospitality industry due to his experience. He holds thrice nationality of American, Australian, and Dutch whereas his ethnicity is unknown.

Simon had been working successfully in the hospitality business for many years as a bellman, front desk agent, reservation agent, assistant (Duty) manager, and cashier. Initially, he worked as a bellhop at an international 5 star Brisbane hotel. He served as a finance director at a hotel in London and also worked at the Ritz Hotel.

Simone was a business development manager at Hill Goodridge & Associates in Sydney. He had also a stint at Avalanche Entertainment LLC where he served as a manager of the company’s social media and marketing strategies. Additionally, he appeared on the VH1 reality series Couples Therapy along with Dr. Jenn in July 2012. Also, when he was featured on Bravo’s The Real Housewives of New York he was the one who appeared more than any other spouse throughout season one.

Afterward, he returned after 33 years with his family to live in the Northern Rivers in 2014. Currently, he is serving as a solicitor or director of Van Kempen & Associates.

Simon has able to manage a clean profile till now. He hasn’t been part of any sorts of rumors and controversy that could hamper his personal and professional life.

As of 2021, Simon has an estimated net worth of around $2 million throughout his profession as a hotelier, tv personality, and businessman. Further, his salary, yearly income, and other assets are still under review.

In September 2015, while relocating to Australia Simon sold the Brooklyn townhouse for $2.695 million which is tucked between Brooklyn’s trendy Boerum Hill and Cobble Hill neighborhood.

The property was bought for $1.275 million in 2005 by Van Kempen and McCord and renovated during their reality TV days.

Simon stands at the height of 6 feet 3 inches tall. He has haze blue pair of eyes and grey hair. Further, there is no information available regarding his other body measurement.